As usual, a potential $20,000 is on the line for the winner if they secure submissions in regulation in all four of their matches on the way to the belt. The event will also feature two female superfight matches. You can read more about the strawweight competitors and superfight matches here.  Tune in to watch the live stream on UFC Fight Pass.  Live results will be updated below as the tournament progresses. 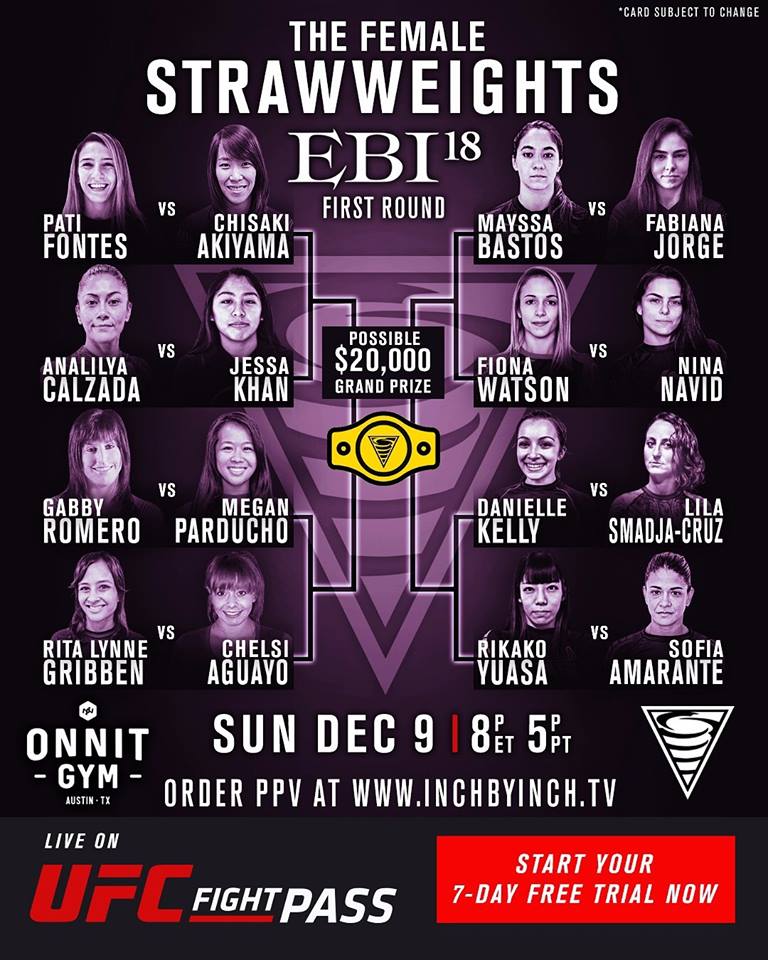 Bastos is the new strawweight champion and takes home $10,000.