Another fight has been added to the UFC’s return to Newark, New Jersey as a women’s strawweight fight between Felice Herrig and Paige VanZant has been added the event at the Prudential Center. 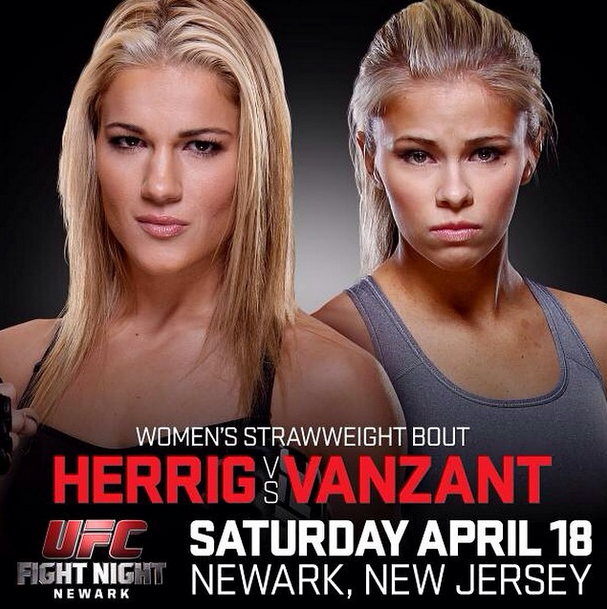 VanZant (4-1) TKO’d Kailin Curran in the third round of their fight in November while Herrig (10-5) submitted Lisa Ellis via armbar at the TUF 20 finale in December.

VanZant was slated to be on season 20 of the Ultimate Fighter alongside Herrig but did not meet the minimum age requirement of 21 because of the availability of alcohol in the house.

“My next fight has been announced. And I can not wait !!” is what Herrig posted to Instagram while VanZant tweeted “I CAN OFFICIALLY ANNOUNCE MY FIGHT!!!! YEAH BUDDY!! ”

By Adam Crist 37 mins ago

By Anthony Walker 6 hours ago

By Mike Heck 7 hours ago