King of the Cage and MAVTV, owned by Lucas Oil announced the fighters participating in the World Amateur Championships 4 to be held at the Reno Events Center in Reno, Nevada on Saturday, December 9, 2017. The World Amateur Championships 4 will feature the top amateur fighters from around the globe competing for the chance at earning professional fighting contracts worth $250,000. 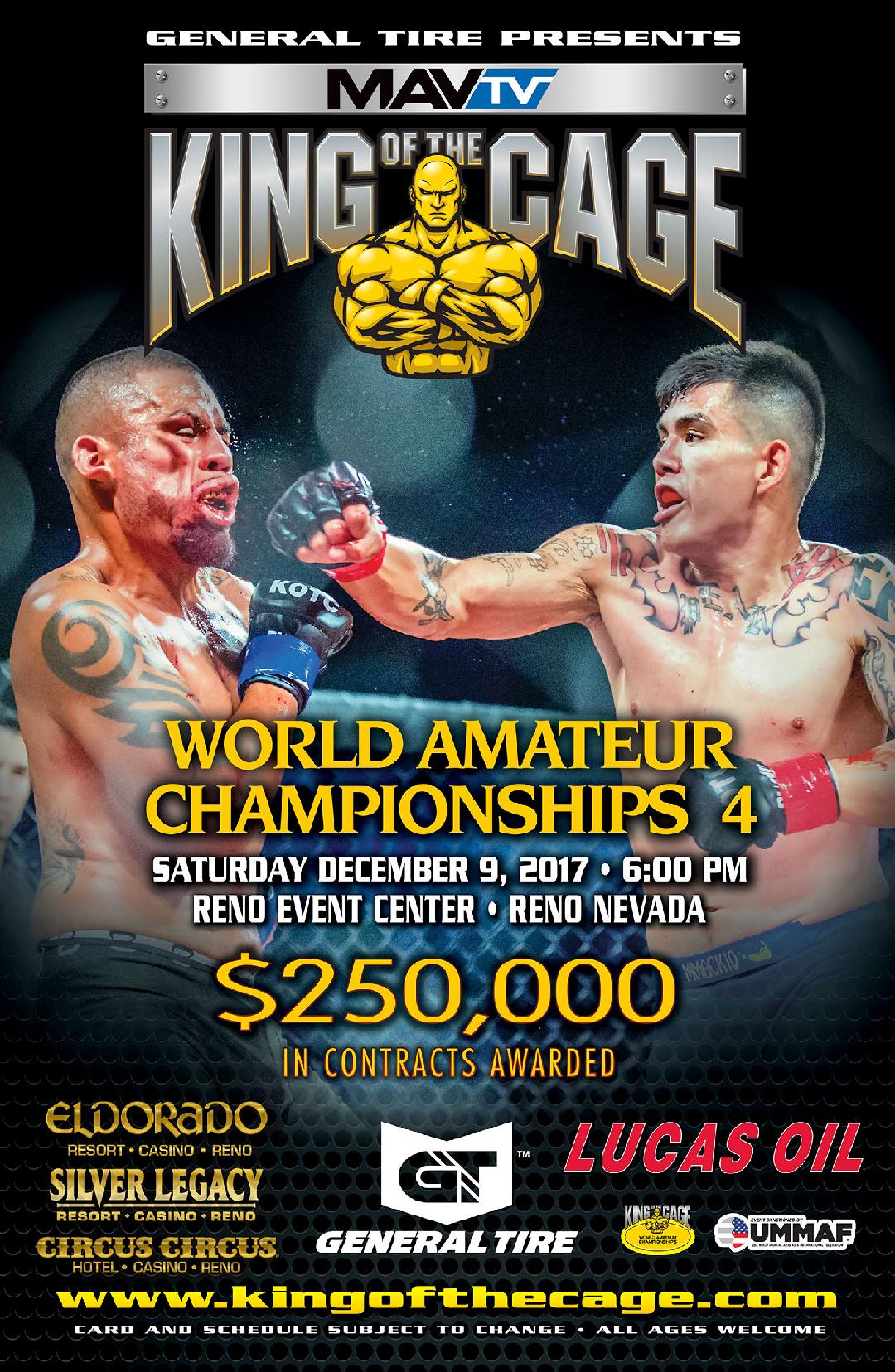 The World Amateur Championships is a first of its kind event with over 1,000 fighters applying to compete in this event. but only forty (40) of the most elite MMA amateur athletes from around the world received the chance to win over a worldwide crowd, with their skills, heart and personality competing to win a professional contract with KOTC. They will compete for five (5) professional contracts totaling $250,000. This event was designed to find and develop not only the highest level of fighters but also the most unique.

“Tickets are going fast for this event and we are expecting a sell-out crowd, according to Terry Trebilcock, Founder and CEO of King of the Cage. This event promises to be one of the most exciting shows you will ever watch with some of the most talented amateur fighters battling for 5 professional contracts. Also, final results to determine the winners will be decided by interactive live voting, both from live audience at the Reno Events Center and live MAVTV television audience.”

Doors open at 5:00 pm and fights start at 6:00 pm. The LIVE broadcast will begin @ 6pm PST and the online voting for the champions will go on throughout the night, finishing up with the winners announced immediately after the last fight.

Reserve seating and ringside tickets are on sale now. For more information or to purchase tickets, please visit Ticketmaster www.ticketmaster.com or the Reno Events Center and Silver Legacy Box Office. All ages.

Determining the opportunities will be based equally on these criteria:

Winners for the event will be determined based on formula which combines:

Fighters who wish to be considered for this event can go to www.kingofthecage.com and fill out an application.

Fight Card to be announced soon.