Today, Saturday, June 5, the Finishers Sub Only will be holding their first ever all superfight event, Finishers Kombat, starting at 6 pm ET at 10th Planet Bethlehem. Since moving into their new location, the Finishers crew has held one Finishers Open event and most recently the Finishers Absolutes pro event. They plan on putting on more Finishers Kombat superfight only style events in the future as well. Doors open at 4 pm and you can purchase tickets at the door for $20 each or you can watch the event livestream on Zach Maslany’s youtube channel. If you happen to be at the venue, Never Again Studio will be selling their infamous smash burgers at a pop up right outside for $5 each. Below is a full list of the matches and results will be updated as the event progresses. 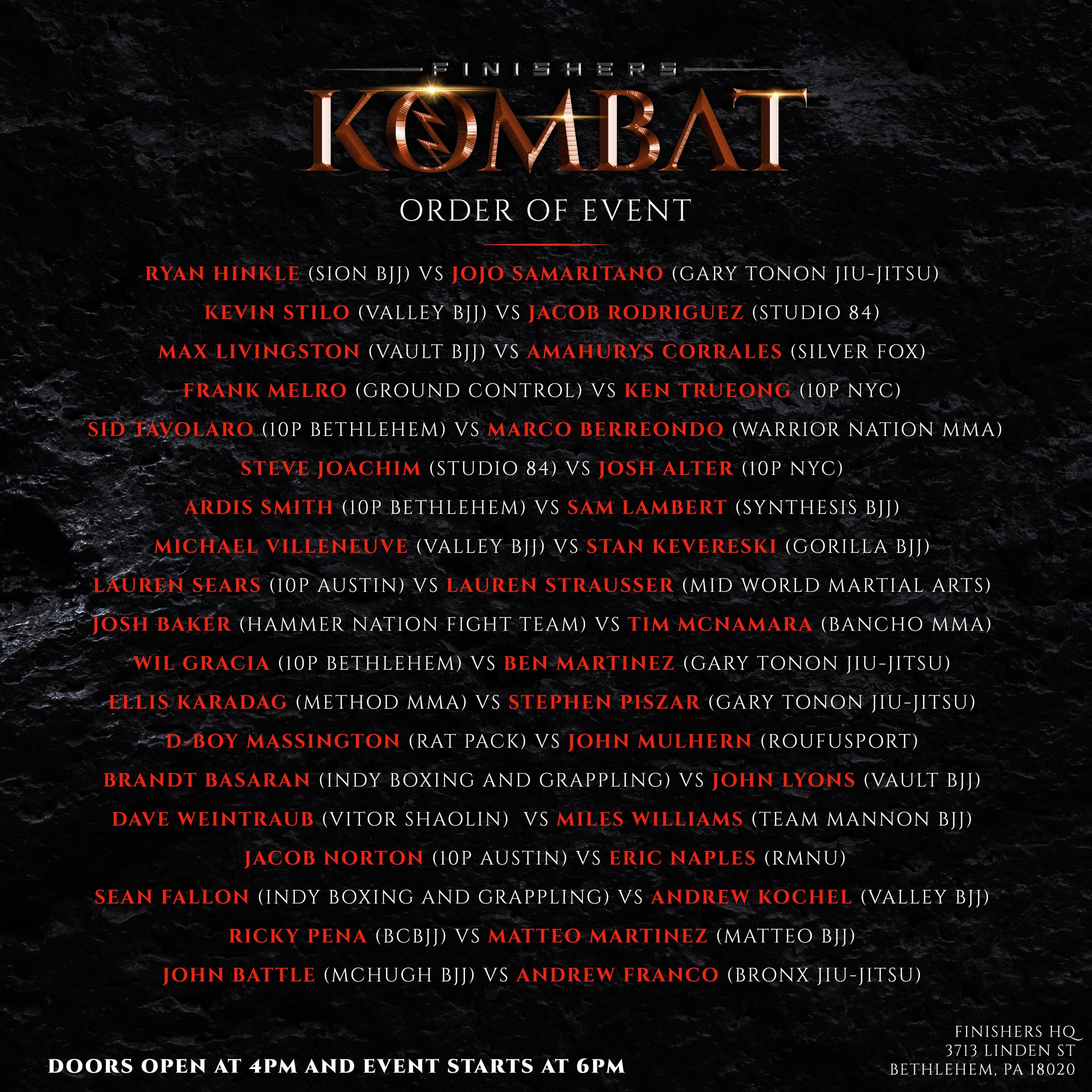 Winner – Samaritano by armbar in regulation

Winner – Tavolaro by armbar in the first overtime round

Winner – McNamara by rear naked choke in the first overtime round

Winner – Karadag by egg guard to triangle in regulation

Winner – Lyons by toehold in regulation

Winner – Kochel by rear naked choke in the first overtime round

Winner – Martinez by rear naked choke in the third overtime round