Irish promotion Cage Conflict have announced a mouthwatering domestic clash for the main event of Cage Conflict 6 “Revive”, which is scheduled to take place on Saturday, March 5th, in The Devenish Complex, Belfast. Fight Academy Ireland fighter Ciaran “The Dark Horse” Mulholland (3-2) will defend his professional flyweight title against SBG Charlestown’s Ger Harris (0-0) at the top of the card. 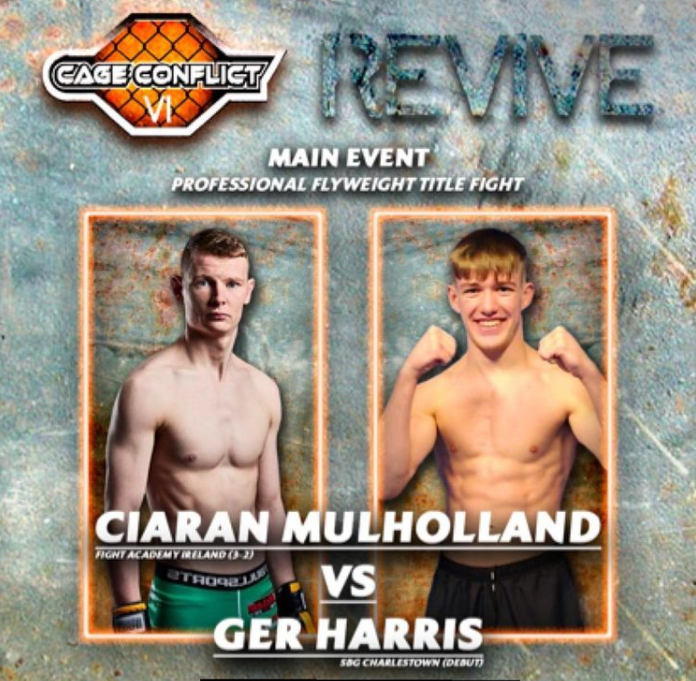 The bout marks the highly anticipated professional debut of Owen Roddy protégé Ger Harris. The 23-year-old Dubliner made his mark on the amateur circuit when he defeated Russian Shamil Bakhachaliev to become the IMMAF Junior World Champion in November 2018. After competing at subsequent IMMAF tournaments, Harris most recently claimed the Clan Wars amateur flyweight title with a decision win over Matthew Friel last June. The Ballymun fighter will be thrown straight into the frying pan when he challenges for Mulholand’s belt in his freshman outing as a professional.

Ciaran Mulholland got off to a rough start after turning pro back in 2019. “The Dark Horse” found himself facing an 0-2 record after he was submitted by future title contender Nathan Fletcher in Mulhollands pro debut in Cork, and then fellow Irishman Jack Maguire won a comfortable decision at Cage Warriors 114. While the beginning may have been bleak, the turnaround Mulholland’s career has seen in the last 12 months has been phenomenal. 2021 saw the now 26-year-old link up with Fight Academy Ireland, putting together a 3-0 run in the space of just 6 months. Mulholland finished all three of his fights, submitting Connor Wilson and Jamie Kelly, before choking Robbie Brown at Cage Conflict 5 last month to win the vacant flyweight title. 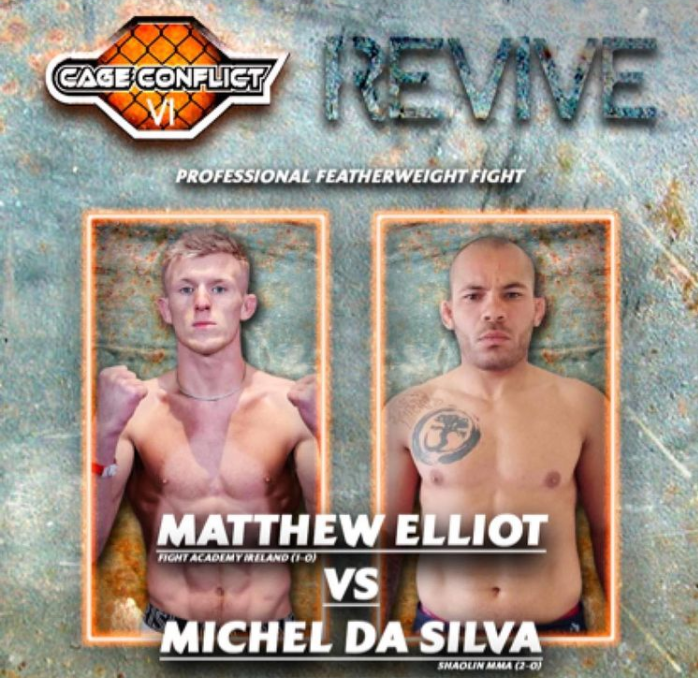 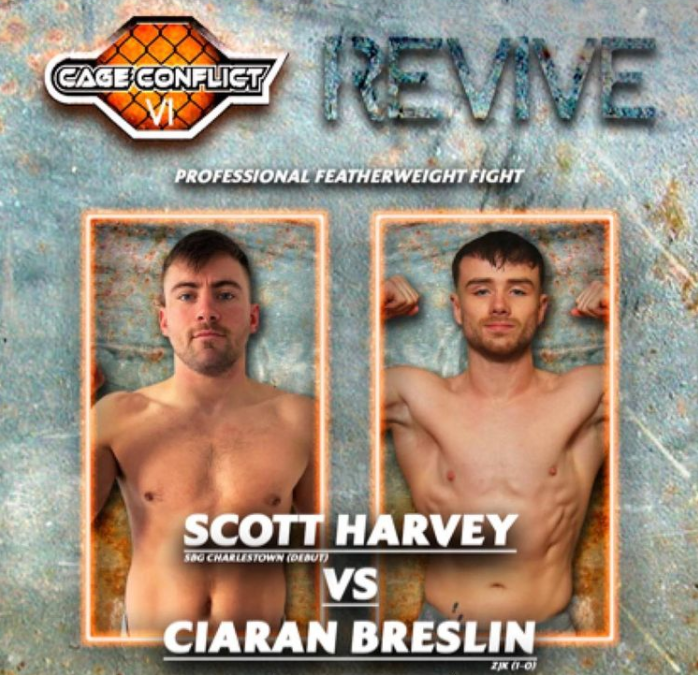 Two other professional bouts have been announced by the promotion to date.

Undefeated featherweights will collide when Fight Academy Ireland’s Matthew Elliot (1-0) and Shaolin MMA’s Michel Da Silva (2-0) enter the Cage Conflict cage. Elliott is a multiple-time British champion in both wrestling and judo, winning medals at the Commonwealth Youth Games. After an undefeated amateur MMA run, “BDE” won a unanimous decision over Scott Pederson at Cage Warriors 120 last March. Da Silva is a BJJ black belt with wins over Dillan Douglas and Arron Daniels. Someone’s 0 has got to go.

SBG Charlestown’s Scott Harvey will make his professional debut when he takes on ZKJ MMA’s Ciaran Breslin in a featherweight bout. Breslin opened his pro account in exciting fashion at Cage Conflict 5 when he knocked out Mark Andrew in the first round.

Cage Conflict 6 “Revive” will take place on Saturday 5th March in The Devenish Complex in Belfast, and tickets can be purchased here.