Doug Yasinsky, more popularly known as “Dashing” Doug Flex, during his professional wrestling days said it took him only ten seconds to realize that last weekend’s Bellator 138 main event, Kimbo Slice vs Ken Shamrock was a fake, or what those in the pro wrestling industry refer to as a “work.”

“If he (Jimmy Smith, Bellator commentator) really believes this was a legit fight, then he loses all credibility with me,” Yasinsky said.

“I’ve seen harder and more legit pro wrestling fights inside of a ring than I did inside that cage,” Yasinsky said in speaking of the bout. 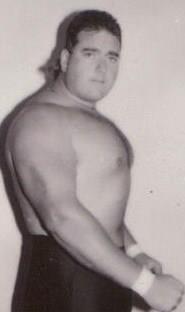 His professional wrestling journey took him to Japan, Canada and mostly every state in the continental U.S.

In 2009, Yasinsky and Jeff Sibbach launched the World Cage-fighting Championships, which hosts both amateur and professional mixed martial arts bouts.

Was the Kimbo vs Ken Shamrock fight fixed?  Will we ever really know?