A night of fireworks and excitement would be an understatement when describing Fusion Fighting Championship 30 taking place this past weekend at Epsom Downs Racecourse.

With 17 fights confirmed, consisting of a mixture of fighting disciplines including Pro and Amateur MMA, Pro K1 Kickboxing and introducing Grappling Gi/Nogi IBBJF Rules, incredibly only three bouts saw a second or third round!

Making his return to Fusion was Tom “K9″ Green where he formerly competed in top organizations Bellator and Cage Warriors. Green has always been the fan favourite at all Fusion events due to his entertaining performances and dynamic style, finally someone stepped up to challenge Green for his Featherweight Title. After successfully defending his title by first round TKO, Green announced this would be the last time competing at this weight class due to the cut being excruciating for the 6′ 4” fighter. 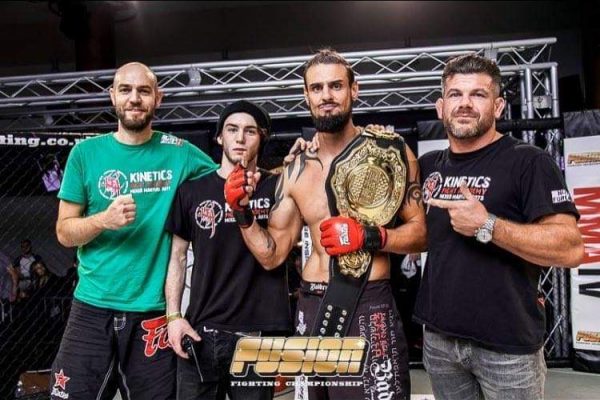 16-year-old Harry Hobbs was back to compete in his second Pro MMA bout versus 29 year old Jamie Hunt. With a first round TKO in his debut, Hobbs demonstrated his submission skills defeating his opponent via Anaconda Choke.

So many incredible fights to mention so I recommend heading over to www.MMATV.co.uk and check out last weekends event as well as multiple exciting past events.

Another spectacular event put on by owners Mark Hobbs and Ricardo Silva and cant wait to see what the next Fusion card brings in September.

Marcus Danville defeated Will Cairns via TKO (Injury) – Round 1

Cameron Else defeated Tom Major via TKO – Round 1