In order to crown GLORY’s inaugural super bantamweight champion, the organization will hold a Grand Prix tournament, playing out over multiple events.

The Grand Prix’s first quarterfinal bout will unfold tomorrow, May 13, on UFC FIGHT PASS as part of the GLORY 30 SuperFight Series in Los Angeles, as Tiffany “Time Bomb” van Soest (14-2-1, 5 KO) comes home to California for her GLORY debut against Dutch-stylist Esma “Fight Queen” Hasshass (9-2, 3 KO), fighting out of Morocco.

Eight other super bantamweights will join Van Soest and Hasshass on the GLORY roster.

“We were only interested in the top fighters to debut our new weight class,” said GLORY Head of Talent Operations Cor Hemmers. “The best strikers in the world fight for GLORY and now that distinction includes our super bantamweights.”

Three additional Grand Prix match-ups were announced for later this year, but exact dates and locations have yet to be revealed. 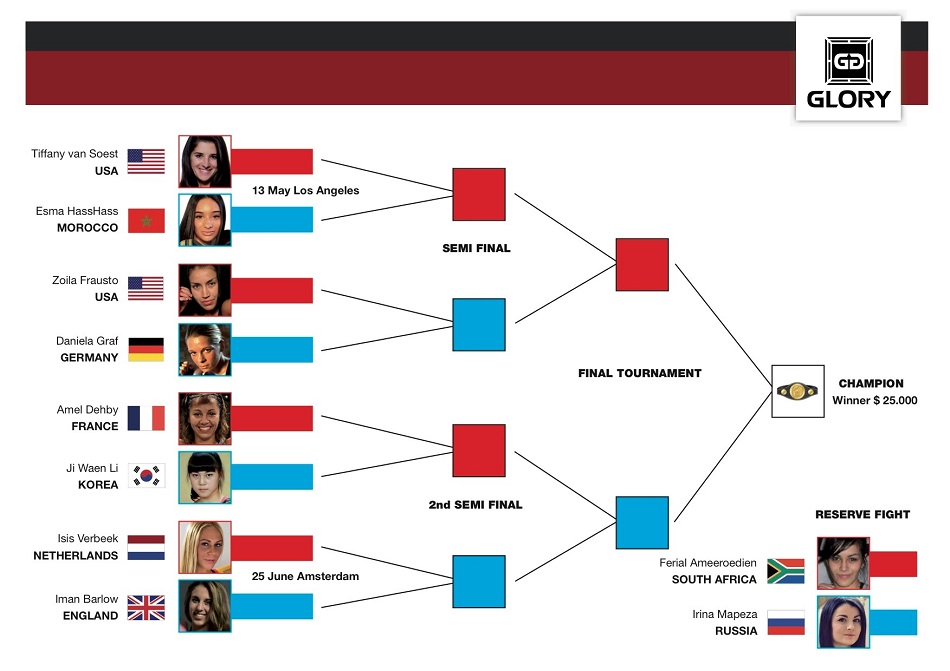 “The question about female fighters in GLORY has long been asked and now we’ve answered with ten fantastic super bantamweights,” said GLORY CEO Jon Franklin. “But we’re looking to sign more. We’re looking at this Grand Prix as a launching pad for women in GLORY.”

In addition to the prestige of holding GLORY gold, the Grand Prix winner and inaugural super bantamweight champion will earn a cash prize of $25,000.