Chris Daukaus puts his life on the line every day as a City of Philadelphia police officer.  Entering the cage to do battle with another man is like another day at work for the heavy hitting heavyweight who trains out of Martinez BJJ in Northeast Philadelphia.

Chris has the benefit of not just a great fight team, but he is very close with his brother, Kyle, who is also a professional mixed martial artist, and his main training partner.  Kyle knows how to make Chris laugh when the situation calls for it and also helps him work on the mental part of the game.

Please check out our interview below.  I have been able to see the evolution of Chris as a fighter.  I was inside the cage interviewing him early on in his career as an amateur.  He’s now become one of the top heavyweights in the region.  This will be the first ever live, national broadcast of mixed martial arts from the City of Brotherly Love, Philadelphia Pennsylvania.  CES 52 is going down on August 17th from the 2300 Arena and will be carried by AXS TV.  The fight card is stacked with some of Philadelphia’s best fighters and will surely be an epic night in the city.  MyMMANews will be there for live updates and results. 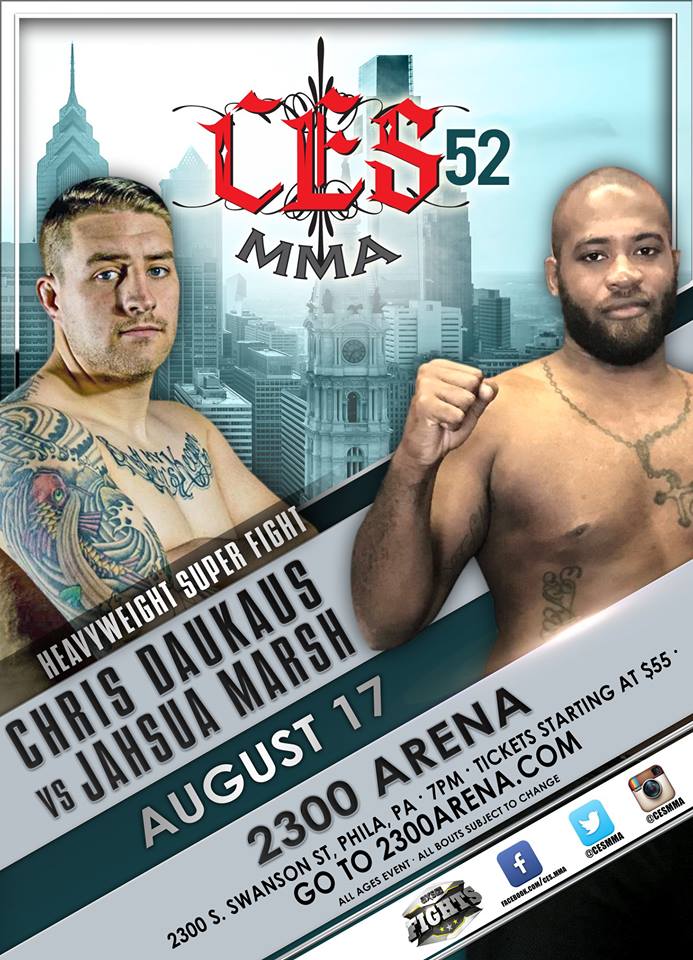 By Matthew Putterman 3 days ago

Mir on Nog: “They’re Not Going To Let Me Completely Destroy His Arm.”

By Nate Evans 3 days ago