This past Sunday, June 10, 2018, Los Angeles saw its first cannabis infused submission only jiu jitsu event, High Rollerz BJJ, at the Nexus Social Lounge.  The event is the brain child of “Mighty” Matt Stout and Big Lonn, also known as Big and Mighty Productions.  Featuring a Nick Diaz meet and greet, Renato Laranja as the official host on the mic, and Eddie Bravo as the referee, this modified EBI rule event brought in quite the crowd and ended up being a huge hit.  The event was headlined by Jeff Glover and Georgi Karakhanyan as the featured match, with 16 man absolute brackets for blue through black belts.

Before every match the competitors would smoke together so that they were both high when they stepped on the mats to compete against each other.  There were even some smoke breaks mid-match for certain competitors, particularly after one of the matches got a little heated and a joint had to be brought in to calm the two down. 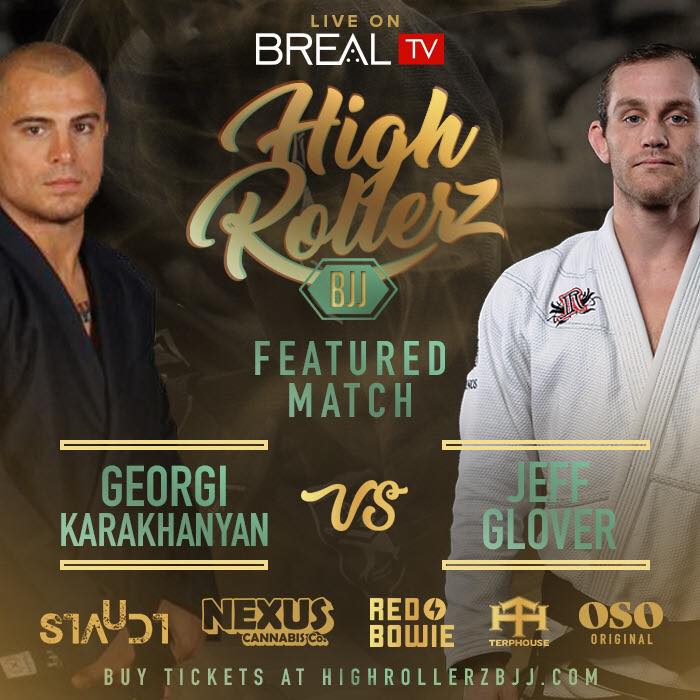 The grand prize for the main event match was a pound of high quality marijuana, which jiu jitsu legend and vocal marijuana advocate Jeff Glover ended up taking home for his efforts.  He also announced his retirement from jiu jitsu competition right afterwards, as he has been competing since he was a teenager and, as he said in his retirement Instagram post, “my hips are jacked up and my body is telling me to take it easy now.”

Joe Schilling was one of the more well-known competitors that participated in the event and recently talked about it on the Joe Rogan MMA Show.  Check out what he had to say below.

By Brian Jensen 6 hours ago