David Juliano is set to defend his Maverick MMA amateur flyweight title next Saturday, June 23 when he meets challenger Charles Wallace at Maverick MMA 8 at the Econo Lodge in Allentown, Pennsylvania.

Juliano, 27, out of K-Dojo Warrior Tribe holds a 5-3 record and is one of the Maverick MMA organization’s most personable characters as evident by his highly entertaining weigh-in outfits and walkout entrance music.

Wallace, 20, has less than half the experience of Juliano with a 2-1 record, although he holds a strong wrestling pedigree.

The two competitors face off 10 days out from their bout in a phone conversation where they discuss a variety of topics to include fighting for promoter Willy Sisca and what they believe each others strengths and weaknesses are.

For more information about the fight visit the Maverick MMA Facebook page here.

LISTEN TO CHARLES WALLACE AND DAVID JULIANO BELOW:

Above photos by William McKee 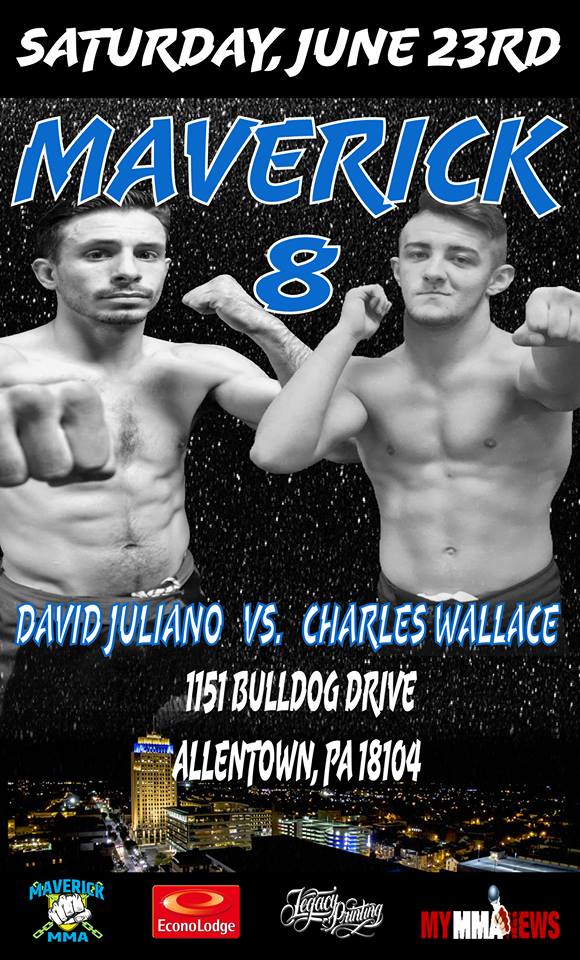