Yesterday, Holly Holm posted on Instagram that her “family’s vodka is here in Albuquerque!!” 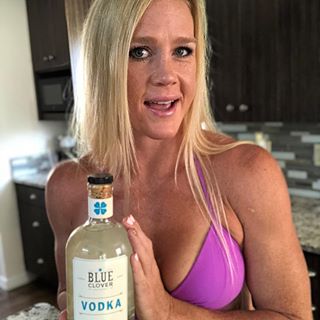 Holm’s brother, Weston and his two friends Duane and Scott Koch, opened a restaurant/distillery in Scottsdale, Arizona called Blue Clover Distillery this past February. The name Blue Clover comes from the Irish and Danish heritage of their grandparents. The “Blue” pays homage to their Danish heritage, and Denmark’s blue dishware, while “Clover” represents the Irish and love for great spirits. 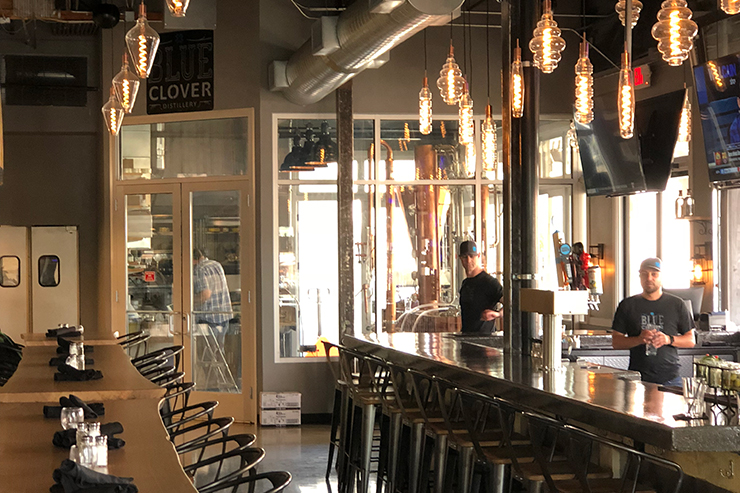 Weston, Duane, and Scott’s plan are to work with and support local farms for fresh ingredients because growing up in a farming family, the Holms understand the importance of the process and the hard work that goes in. The plan for Blue Clover Distillery is to start with vodka and then venture into gin, rum, and tequila. The restaurant will also be farm to table featuring green chilis from Weston’s home of Albuquerque, New Mexico. Weston described the menu as American with a Southwestern kick.

Speaking of kick… Holly Holm, who has helped out with the interior of the restaurant, last fought at UFC 225 in Chicago on June 9th against former Invicta FC Featherweight champion, Megan Anderson. Holm won via unanimous decision over the former champ. Holm does not have her next fight scheduled but, a rumored bout between her and Ketlen Vieira is said to possibly take place in the coming months.

Holly has been supporting her brothers business since day one and has helped with getting the Blue Clover vodka too many local restaurants and businesses in her hometown of Albuquerque including Kelly’s, Jubilation, Total Wine and More, Geckos, Hangar Liquor, Stray Dog Cantina, and Paradise Liquor.

From Good To Great: Tyson Fury And Mental Health

Brent Primus impressed by Benson Henderson fighting with wife on card, ‘I would not like it’

Jesse Murray Interview: What it would mean to earn a UFC contract on DWCS

By Ryan Truland 10 hours ago

By Mike Wright 11 hours ago

By Nicole Bosco 1 week ago