Justin Jaynes is a man with a very unique nickname. In MMA it can be difficult to find the right one.

It has be unique (looking at you Pitbull!) and it has to sound good. In Jaynes’ case there is certainly no doubt his is unique.

The funny thing though is he wasn’t even supposed to have that nickname. Not in the UFC at least…

“It was an old College dare,” Jaynes told MyMMANews. “Some of my fights as a beginning amateur were pretty boring because I had a wrestling base. Just taking guys down and holding them down for a couple of rounds. So I was always looking for gimmicks to make people excited to watch me fight. The ‘Guitar Hero’ was one of the many masks that I wore back in the day. The last time I went by the ‘Guitar Hero’ was 2011-2012 and then in my UFC debut Bruce Buffer announced Justin ‘Guitar Hero’ and it stuck. The ‘Guitar Hero’ is back and he’s alive and he’s good to go.”

The best nicknames are the ones that are bestowed upon you. In Jaynes’ case, when an iconic voice in MMA gives you a nickname, you stick with it.

“The Guitar Hero” wasn’t even on his radar. That name had been retired about a decade ago, along with his “boring” fight style.

“It’s funny because I was asked twice prior to going out to the cage, once at the photoshoot and then once the day of the fight,” Jaynes said. “They asked ‘hey, do you have any nicknames you want to be…’ and I said ‘Nope! I’m just Justin Jaynes.’ I’m in [the cage,] I’m getting pumped, I’m looking across to Frank Camacho and I hear ‘The Guitar Hero’ and it’s actually funny because of the way my UFC debut happened- so quickly.”

Honestly, I couldn’t keep up with how fast things were happening and there were several times in those two days whereby the time I’m walking to the cage and I hear ‘The Guitar Hero’ it’s like I almost feel like I was dreaming. Like ‘Nah Bruce Buffer would never call me that, this is a dream.'” 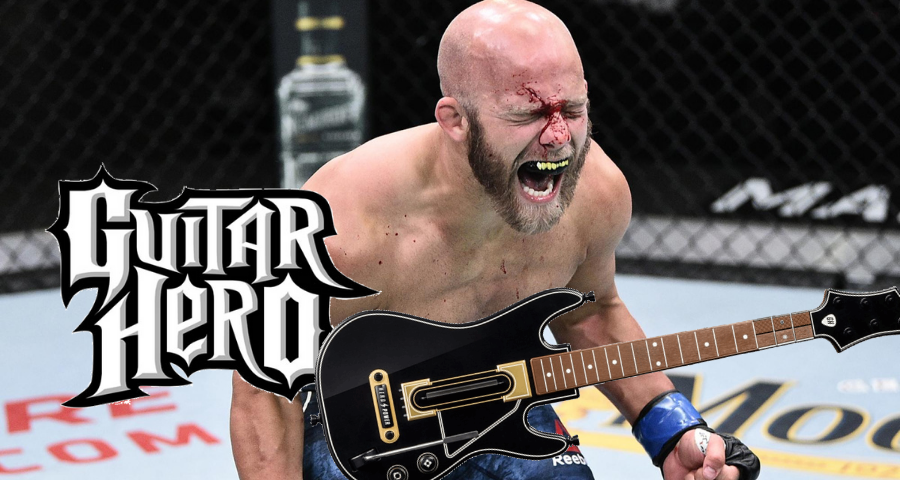