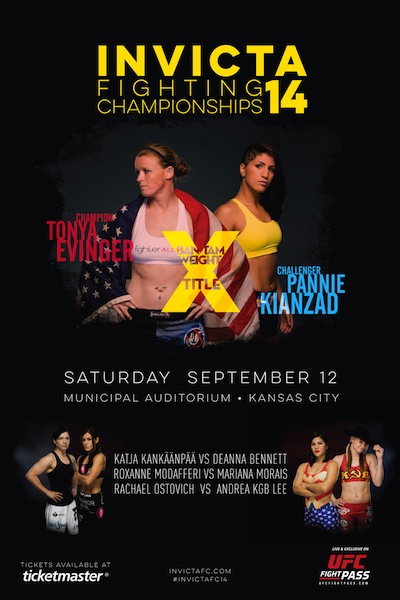 Headlining the event will be a bantamweight title fight between recently crowned champion Tonya Evinger (16-5) and unbeaten Swede Pannie Kianzad (8-0).  The event streams live and exclusively on UFCFIGHTPASS.com tomorrow.

The previously announced strawweight title fight between champion Livia Renata Souza (8-0) and No. 1 contender Alexa Grasso (7-0) was postponed until a later date due to an injury that prevented Grasso from training and Evinger and Kianzad stepped up to save the card.

The full 10-fight card for Invicta FC 14 can be found below: