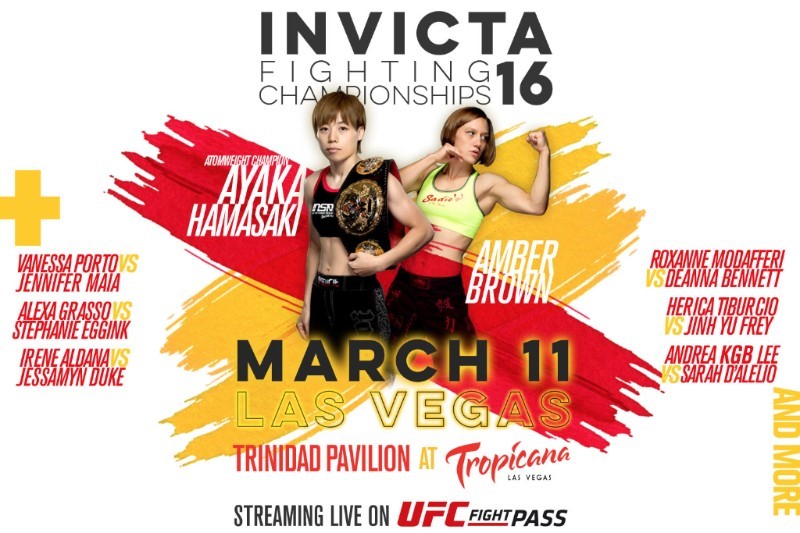 In the headline bout of Invicta FC 16, set to stream live and exclusively via UFC FIGHT PASS at 8:30 p.m. EST / 5:30 p.m. PST, newly crowned atomweight champion Ayaka Hamasaki (12-1) defends her title for the first time against red-hot challenger Amber “The Bully” Brown (6-1). On a three-fight winning streak, Japan’s Hamasaki captured gold last July with a decision win over Herica Tiburcio at Invicta FC 13. Brown has won three of her last four fights by submission, the most recent coming via guillotine choke against Shino VanHoose at Invicta FC 15 in January.

Comprising the second leg of a championship doubleheader, an interim flyweight champion will be crowned when Brazilians Vanessa Porto (18-6) and Jennifer Maia (12-4-1) square off in the night’s co-headline bout. Both fighters come into the match-up riding three-fight winning streaks.

The complete fight card for Invicta FC 16 can be found below:

Tickets for Invicta FC 16 go on sale Friday, Feb. 19. Tickets will be available for purchase at the Tropicana Las Vegas Show Tickets desk, by calling 800-829-9034, or online at troplv.com.