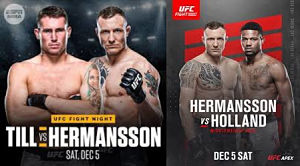 The main event to this card has been switched up a couple times. First, Hermansson was slated against Darren Till, but Till reinjured his knee, probably from coming back too soon after injuring it in his fight with Robert Whittaker, and was replaced by Kevin Holland.

Holland however tested positive for Covid-19, and was replaced by Marvin Vettori. Holland now faces Jacare Souza one week later at UFC 256, and we still have a pretty epic five-rounder to watch this weekend.

Though one is ranked in the top five, and one’s barely in the top 15, don’t let that fool you, this is a great match up. We honestly could’ve seen this fight on Hermansson’s way to the top, but instead, we get to see it when they’re both better than they’ve ever been. 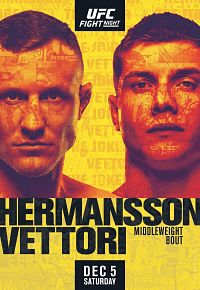 Hermansson is right in the middle of his athletic peak at 32-years-old, and Vettori still has another five years or so until he’ll be in his, at just 27-years-old. Vettori’s a young 27 too, he won’t be turning 28 until September 2021, and Hermansson won’t be turning 33 until June 2021.

Both of these talents have been in the UFC around the same amount of time as one another, with Vettori debuting in August of 2016, and Hermansson debuting in September of 2016. 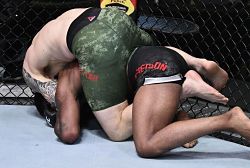 He also came the closest of anyone to taking UFC Middleweight Champion Israel Adesanya’s undefeated record, until Adesanya fought Gastelum of course.

Both of these men are very skilled grapplers. Hermansson may be a white belt, but he submitted two black belts in a row in Meerschaert and Branch, he almost submitted Souza, which really would have been crazy, and he submitted another black belt in Gastelum. 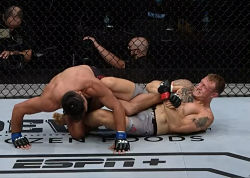 Vettori’s striking is much more sound and fluent than Hermansson’s. That’s not to say Hermansson doesn’t have good striking, because he does, he’s just one of the more herky-jerky type of strikers, like Keith Jardine or Darren Elkins.

It’s unfortunate we’ve had all these cancelled match ups this year, but the UFC has continued giving us good replacement fights. Hopefully UFC 256 of all cards stays together, fingers crossed.

Who do you see winning this battle of Norway versus Italy?