Two fighters both in need of a win will square off this weekend at Ohio Combat League 14, as Jake Miller (5-2) faces Jesse Smith (4-1) in the lightweight main event.

Both fighters are coming off of losses. Miller lost to unbeaten Antony Romero at Ohio Combat League 7 last March, and Romero went on to compete and win at Dana White’s Contender Series last fall.

Smith looks to rebound from his first career loss, as he fell to Zulkarnaiyn Kamchybekov at CFFC 95 in April.

Miller competes for the first time since before the pandemic started, as he has been out of action for 16 months. But he doesn’t think there will be any sort of cage rust.

“It hasn’t felt like a layoff since I have been active the whole time but I feel refreshed getting back in there,” Miller said. “I feel good about this matchup. I think I can beat him anywhere. I’m comfortable wherever the fight goes. I’m ready to put him out Saturday.”

Nicknamed “The Machine”, Miller will have home field advantage, as he trains at Grove City Brazilian Jiu-Jitsu in the Columbus suburbs. All five of his wins have come via stoppage, including three TKOs and two submissions.

Smith makes the trek to Ohio from Michigan, where he trains at Victorious MMA. He already has two wins under the OCL banner, including a knee bar over Corey Dulaney at OCL 8 and a rear naked choke over TJ Rigel at OCL 9.

“I feel really good,” Smith said. “I’ve never had an issue mentally when it comes to losing; I lose every day in the gym. I lose in jiu-jitsu, Muay Thai, sambo, wrestling and boxing. Since the loss all I have done is work on the things I did wrong and have made a lot of improvements in my game.”

Both fighters have pretty extensive grappling backgrounds and hold purple belts in jiu-jitsu.

A total of six pro bouts are set for OCL 14, which streams live via CombatSportsNow.com.

In the co-main event, Logan Urban (4-1) looks to extend his three-fight winning streak when he faces Michigan’s Antoine Blassingame (6-6), who is 5-2 in his last seven outings.

Miller’s GCBJJ teammate Josiah Harrell (2-0) looks to stay unbeaten when he faces Timmy Tyler (2-5) at a catchweight of 160 pounds.

Two fighters looking for a win will square off at middleweight, as Dave Lastafka (1-3) faces Ravon Baxter (1-4). And kicking off the pro portion of the card will be a pair of heavy hitters as Dan Stevenson (1-2) faces Davis Oracio (3-4) at a catchweight of 195 pounds.

The amateur portion of the card is also deep, as Melvin Harris (4-0) and Alonzo Turner (4-1) square off for the welterweight title, and the first round of a four-man lightweight title tournament kicks off. Devin Rhodes (4-2) faces Zach Stacy (5-2) and Kobe Woodall (3-0) faces Laurence Wilder (3-1). 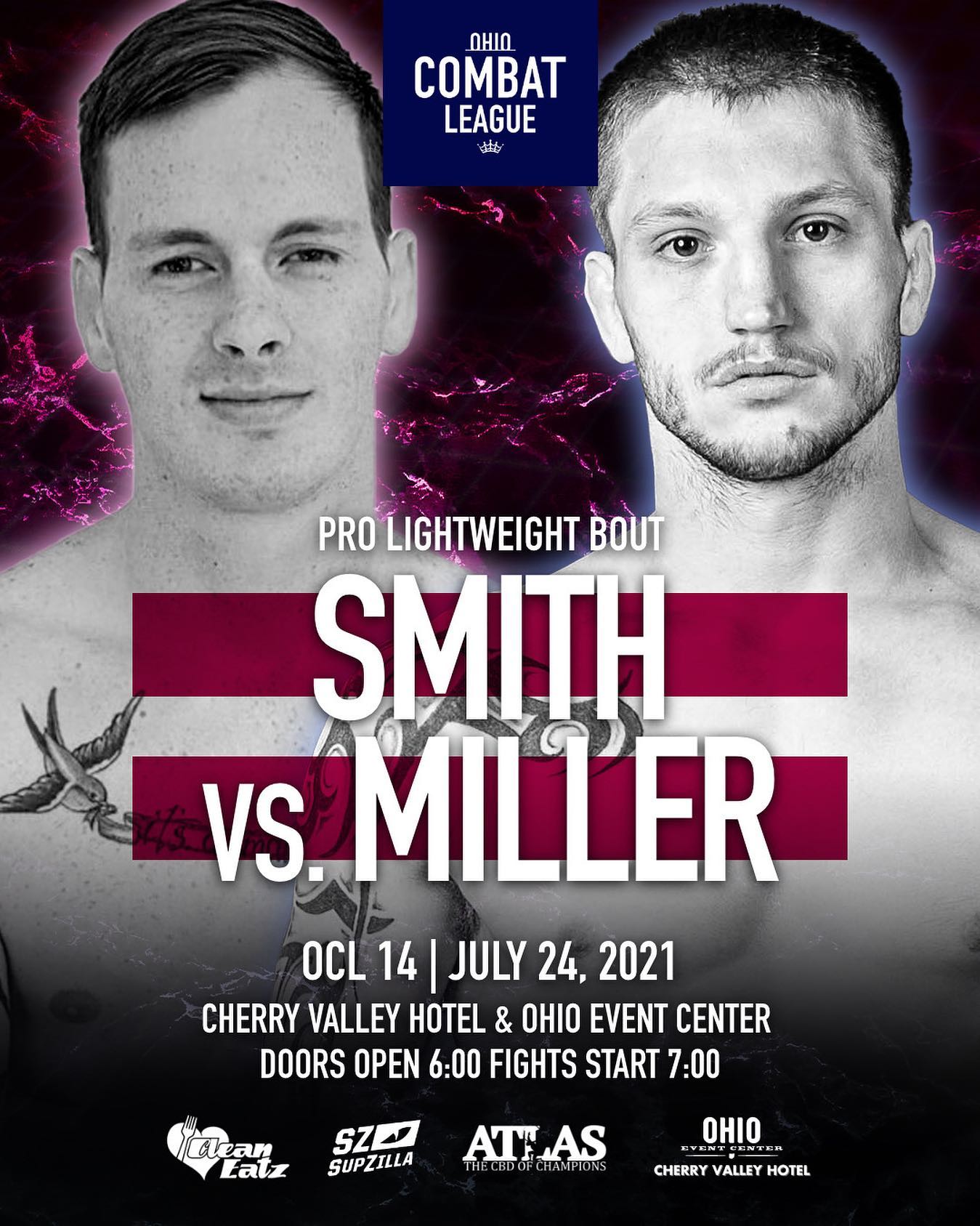 By Ryan Truland 38 mins ago