The second week of December is filled with non-stop UFC action; from UFC Fight Night 80 on Thursday, December 10, to the Ultimate Fighters Season 22 Finale on Friday the 11th, to the long-awaited UFC 194 on Saturday, December 12. 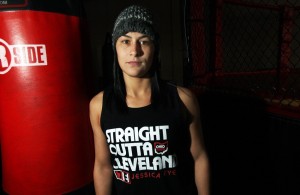 MMA Signatures owner, A.J. Hiller is once again adding a little more for excitement for fans in New Jersey and Pennsylvania.  The promoter of the MMA Classic Fan Expo will now bring in UFC women’s bantamweight fighter, Jessica “Evil” Eye, for a UFC viewing party and a fitness/striking/self-defense seminar.

First, Jessica Eye will appear at Trackside Grill and Bar in East Stroudsburg, Pennsylvania during the Ultimate Fighter Finale.  Eye will take photos with and sign autographs for fans.  The featured fight of the night is Frankie “The Answer” Edgar going up against Chad Mendes in a battle between two top UFC featherweights. 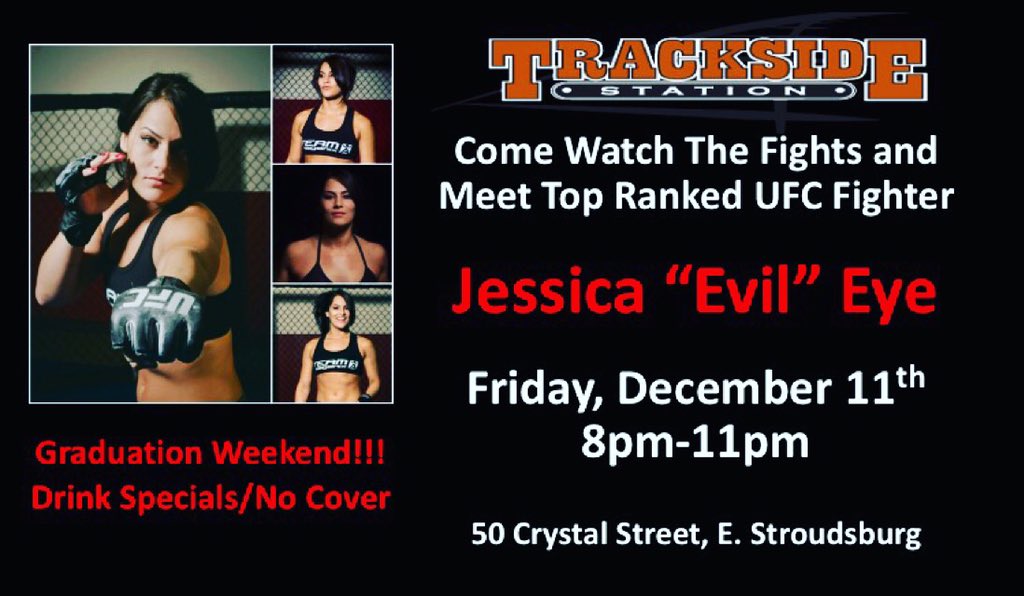 The following day Eye will head to Brick, New Jersey, not to far from where Edgar lives in Toms River, where she will host a seminar at Nick Catone MMA & Fitness.  “The Answer” is a regular at Catone’s gym.

The Fitness and Striking class will be held from 10 to 11 a.m., and self-defense from 11 to noon. Click the flyer below for more information on Nick Catone MMA & Fitness 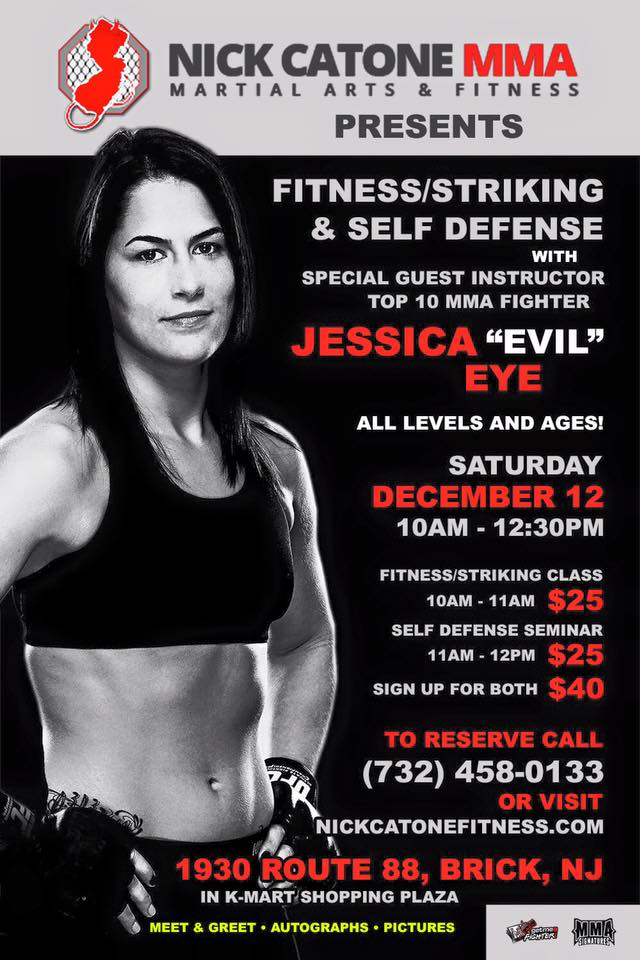 Jessica’s weekend will end with a UFC 194 viewing party at Rivoli’s in Howell, N.J.  Click the image below for more information. 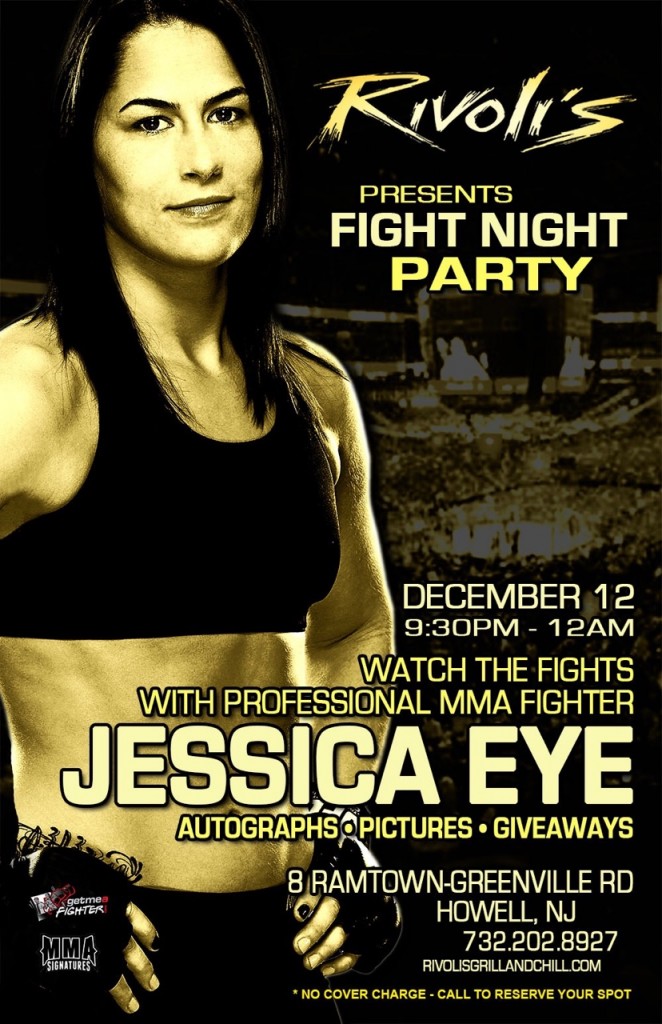