Former Invicta FC 105-pound champion, “The Karate Hottie” Michelle Waterson has suffered an undisclosed injury and has been forced out of her UFC 194 bout with Tecia Torres. 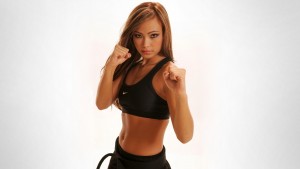 A formal announcement hasn’t been made, but a replacement is being sought for the short-notice bout.