After a five-bout stint in the UFC, Khama Worthy is headed back to the regional scene, as he’ll headline the upcoming 247 FC: Brawl in the Burgh 10 event on February 5 in Monroeville, Pennsylvania, just outside of Pittsburgh.

“The Death Star” is set to face South Carolina’s Jeremiah Scott, a battle-tested veteran who recently competed for the XMMA promotion. Scott has seven of his eight wins via stoppage, including five in the first round.

Worthy was a bona fide star on the Pittsburgh regional scene before signing with the UFC. He posted five straight wins before stunning Devonte Smith with a knockout win in his UFC debut on less than a week’s notice in 2019. He followed up with a submission win over Luis Pena in his second bout, but he received his UFC release earlier this year after his third straight loss.

Khama Worthy is one of the most popular fighters in Pittsburgh, and he owns The Academy Pittsburgh which has been a mainstay gym in the Steel City.

In the co-main event of Brawl in the Burgh 10, Ethan Goss will square off against James Adcock for the promotion’s vacant featherweight title. Goss fought for the title once before in a loss against John De Jesus, who is now under contract with Bellator MMA. A native of Central Pennsylvania, the “Wolverine” has posted back-to-back wins under the 247 FC banner.

Adcock makes the trek from Tennessee, and the Knoxville Martial Arts Academy product has won five of his last six bouts. All of those wins have come via first round stoppage, including a TKO over Cody Shelton at AFC 6 earlier this year.

In a third pro bout at the event, two bantamweights will look to earn their first professional wins, as Pittsburgh’s Justin Patton takes on West Virginia’s Josh Armstrong.

On the amateur side of the card, a notable debut will take place, as four-time Pennsylvania state wrestling champion Gavin Teasdale makes his first foray into MMA. Teasdale wrestled at Penn State and Iowa before making the transition to fighting. He’ll face Tyler Fry, who has an extensive Muay Thai background is also a jiu-jitsu purple belt.

247 FC: Brawl in the Burgh 10 takes place on February 5 at the Monroeville Convention Center. 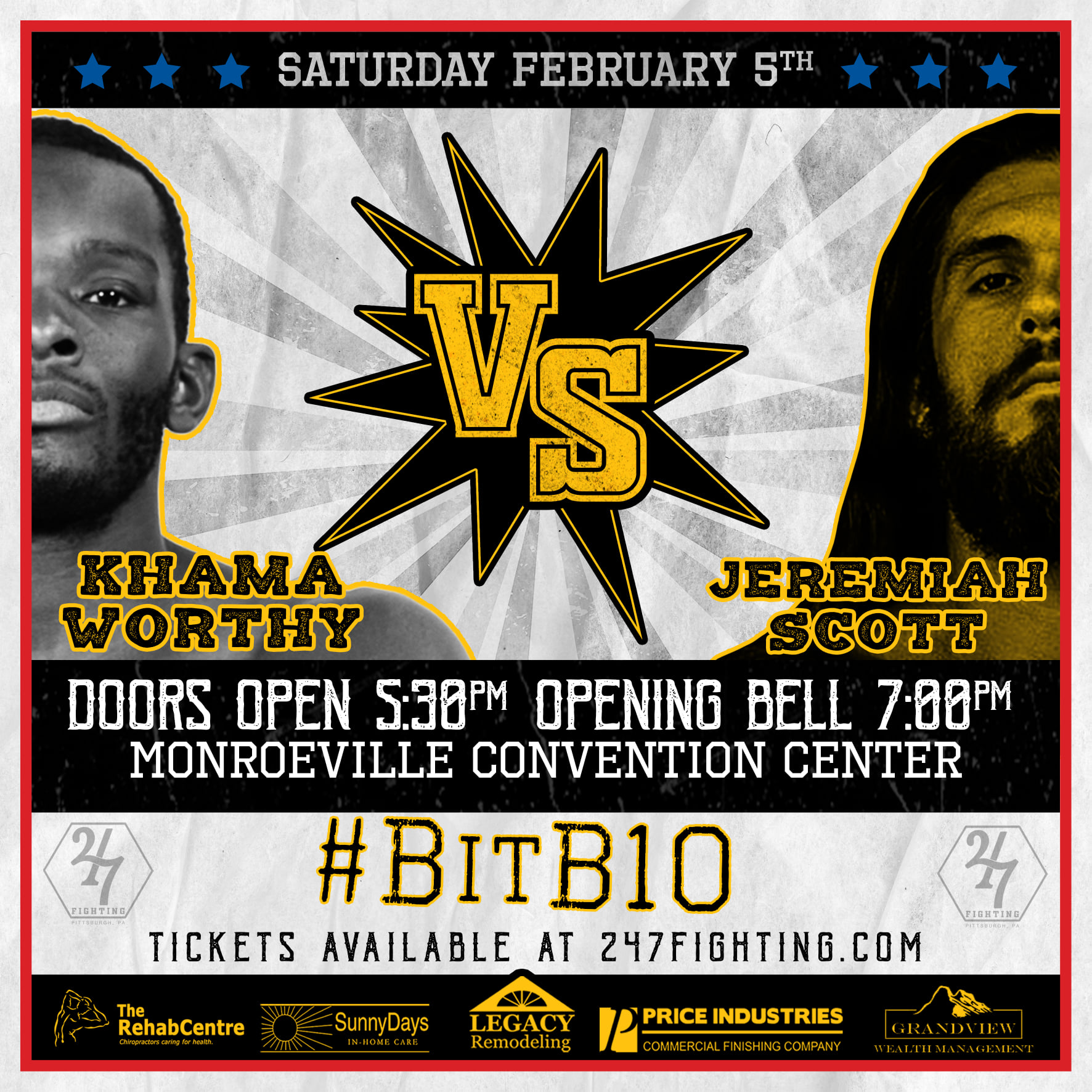