Three title bouts sit atop the card for Lion Fight 54 as Lion Fight Promotions will make their first trip to the Land of Enchantment.

Lion Fight 54 is set for Saturday, April 20, at the Legends Theater inside Route 66 Casino, in Albuquerque, NM, and the main card will be televised on CBS Sports Network.

The main event will see one of the world’s top female Muay Thai practitioners Lommanee W. Santai (94-8) squaring off with Amy Pirnie (21-3-1) for the Lion Fight World Super Flyweight title.

Quote from lionfight.com “We have anxiously waiting to get Lommanee into the Lion Fight ring for the first time and to make her first appearance on American soil,” said Lion Fight CEO Scott Kent.

“She is true star in Muay Thai, but she is going to face a very serious and committed opponent in Amy Pirnie. There are no easy fights, no cakewalks, in Lion Fight especially when it comes to our World title fights. Our belts mean you are truly the best in the world, and you have to earn it.”

Marc Entenberg who’s had professional experience in Thailand said “When I started training and pursuing this dream Lion fight was the show that all my favorite Muay Thai fighters were on. I used to watch the Kevin Ross and Tiffany Van Soest highlights all the time, so when it was announced that Lion Fight was coming here, I was going to do everything I could to get on. It really is a dream come true for me. Albuquerque has a huge fighting scene and history, there are a lot of kickboxing shows in the amateur circuit but nothing nearly as large as Lion Fight. I hope that this show will help create a larger interest in Pro Muay Thai in New Mexico as a whole. It is such an amazing and exciting sport, so I want to be part of helping it grow in the state. I am excited about my match-up, I am facing Sean Baca. I have not met him or crossed paths but have heard that he is very experienced tough fighter and really loves the sport as well. I believe we both have the same goal in mind, and I look forward to putting on an extremely exciting fight that everyone will remember. I have been working extremely hard at this and am beyond excited for this opportunity. Overall, I cannot wait for this event, Lion fight 54 is going to be huge.”

Sean Baca said, “I am excited to get to fight in front of my hometown in front of all my friends and family on the biggest stage for Muay Thai in the USA. I think it’s a good match up. I don’t know too much about the guy, but I expect him to be very tough and talented. Expect for it to be an awesome fight. Should be a great night for Muay Thai In Albuquerque.”

A full card for the event, including all preliminary match-up’s and the amateur card is expected to be announced soon. 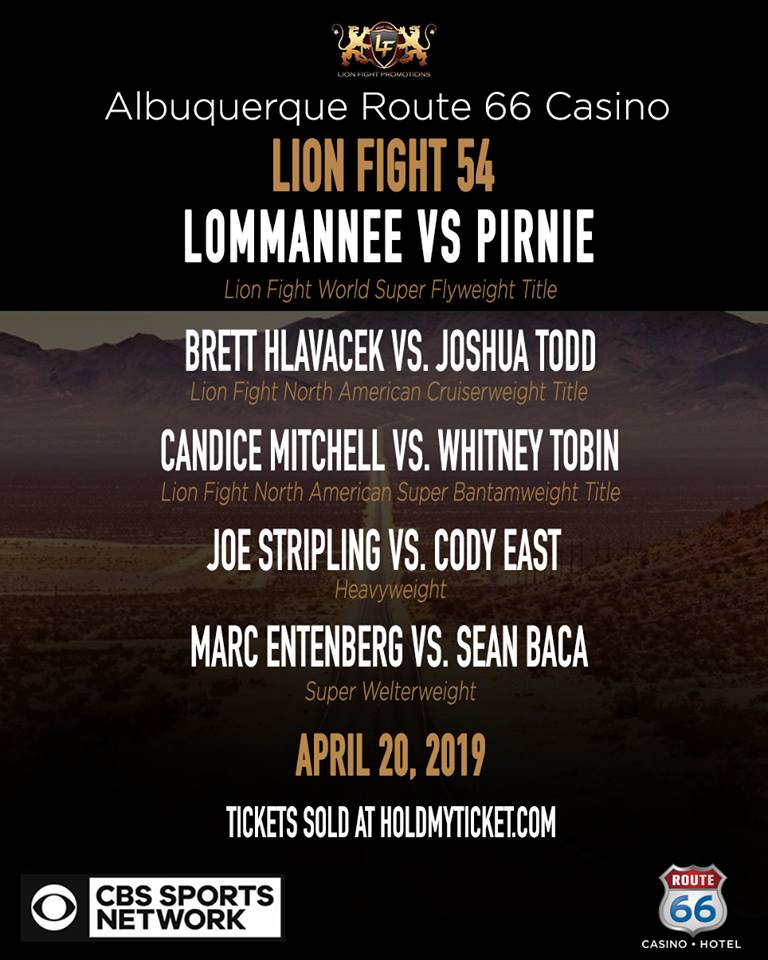