An intriguing fight between a pair of Russian featherweights, Mikhail Korobkov and Timur Nagibin, has been added to the M-1 Challenge 66 event, May 27 in Orenburg City, Russia.
In the main event, M-1 Challenge light heavyweight champion Viktor Nemkov (23-5-0, M-1: 14-4-0) will defend his against challenger Rashid Yusupov (6-2-0, M-1: 3-1-0). Former M-1 Challenge light heavyweight champion Stephan “T-800” Puetz (13-2-0, M-1: 4-1-0), fighting out of Munich, Germany, also returns to face M-1 Global-debuting Andrey Seledtsov 5-1-0, M-1: 0-0-0), who is a former Spetsnev solider.
M-1 Challenge 66 will be streamed live from Moscow in high definition onwww.M1Global.TV. Viewers will be able to watch the preliminary fights and main card by logging on to register at www.M1Global.TV. Fans may watch all of the action on their computers, as well as on Android and Apple smart phones and tablets. 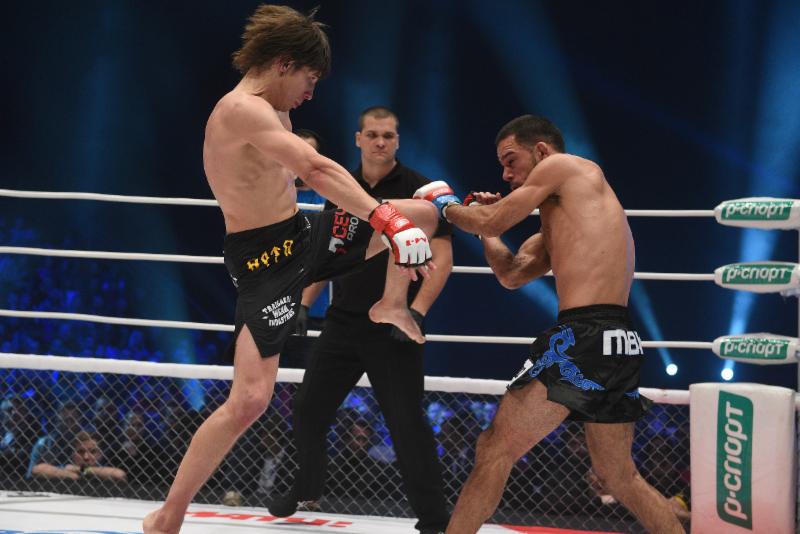 Korobkov (9-0-1, M-1: 0-0-1) is coming off of a hard-fought draw with Rodrigo Magalhaes (see above picture) last December at M-1 Challenge 63, in which he had his 9-fight win streak snapped that started with his pro debut.
Nagibin has reeled-off seven consecutive wins since he lost his pro debut.  At M-1 Challenge 64 this past February, he won a decision over Andrey Lezhnev.  Nagibin is known for his powerful kicks (see picture below) and back-fists. 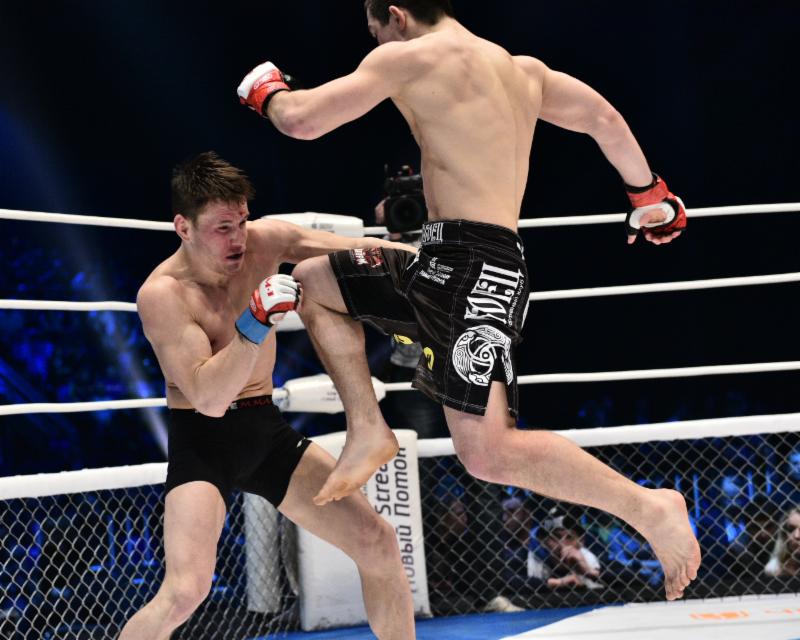 By Lenny March 7 hours ago