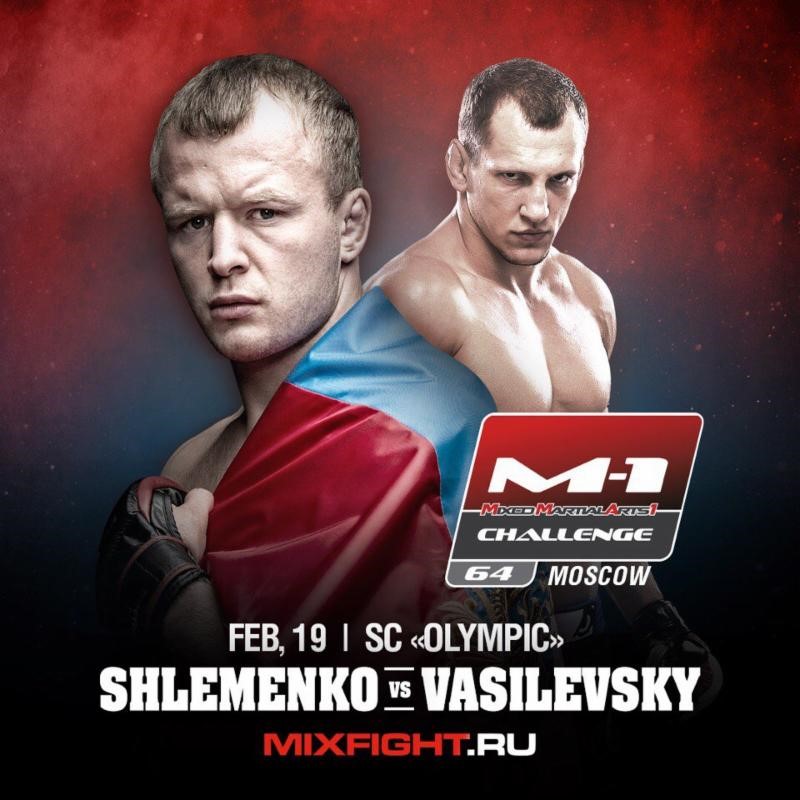 Known as one of the strongest and most popular fighters in Russia, Schlemenko has knocked out 29 opponents, while the equally dangerous Vasilevsky is a five-time combat Sambo World Champion.

M-1 Challenge 64 will be streamed live from Moscow in high definition on www.M1Global.TV. Viewers will be able to watch the preliminary fights and main card by logging on to register at www.M1Global.TV. Fans may watch all of the action on their computers, as well as on Android and Apple smart phones and tablets.