Grappling Nation and Strike Therapy ( GNAST for short) has steadily become a regular on the regional fight scene with some very nice, young prospects.  Head trainer, Troy Whodabull invited me over to his place to check out his newest protege, Mark Khavinson.  Mark wrestled growing up and was always interested in trying his hand at mixed martial arts.  He will be making his cage debut for Mike Bickings at CES 52 at the 2300 Arena in South Philadelphia coming up on August 17th. Troy tells me…

‘”Mark is going to surprise people. He has strong wrestling, but he hits hard. One punch knock-out power, I’m telling you! We are real excited to get him in there and get this started. ”

Khavinson is a humble, soft spoken young man with a family that supports him and he uses them as motivation.  He’s been working his ground game with the highly respected leader at Crush Crew Jiu-Jitsu, Omar Cruickshank along with Troy polishing up his striking.  Check out our video below.  Mark gives us some background and where he sees himself in  two years.

MyMMANews will be on site at CES 52 with live results and photos.

Watch the Mark Khavinson interview below: 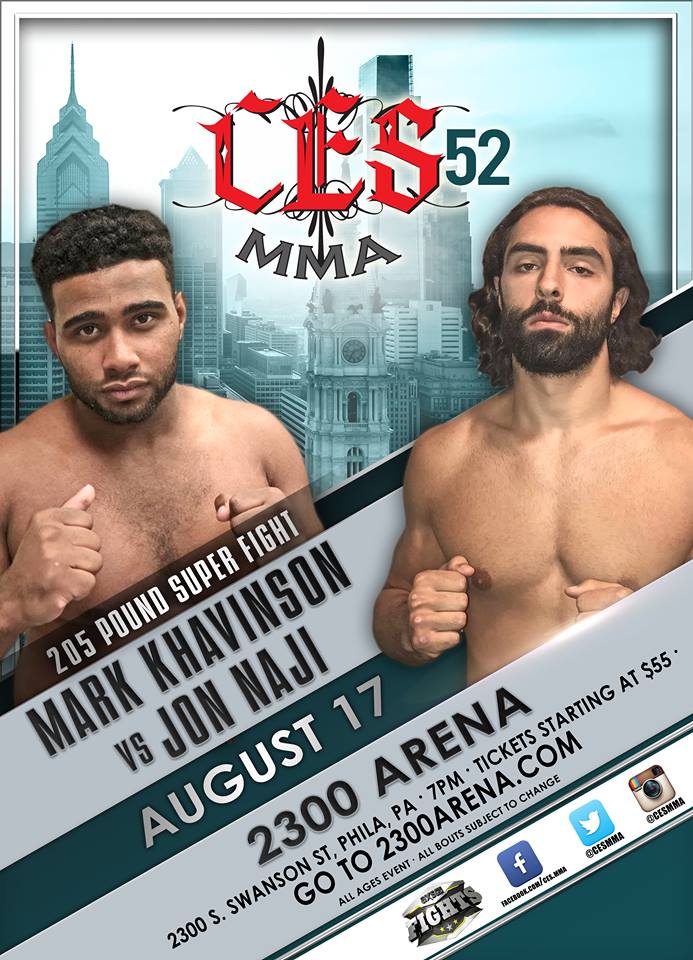 By 'Beautiful' Bob Meloni 17 mins ago