Top five UFC bantamweight contenders Marlon Vera and Cory Sandhagen have their next bouts lined up, as they’re slated to face one another in the main event of UFC Fight Night 219, confirmed by ESPN MMA.

Marlon Vera began his UFC tenure going 4-4 through his first eight bouts with the promotion. But, he’s really made 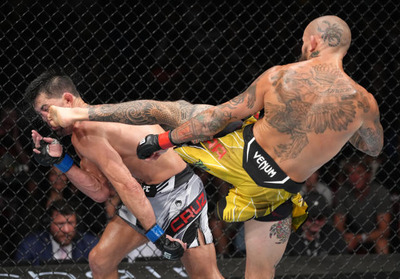 the adjustments necessary to be next in line for a title shot very soon, as he’s gone 10-2 over his last 12 bouts, and he comes into this main event opposing Sandhagen on a four-fight win streak.

Many believe he should be 11-1 over his last 12 as well, as his featherweight bout opposing no. 8 ranked Song Yadong ended in a very controversial decision that went the Chinaman’s way. Aside from that, the only loss in that time came to former WEC & UFC featherweight champion Jose Aldo. 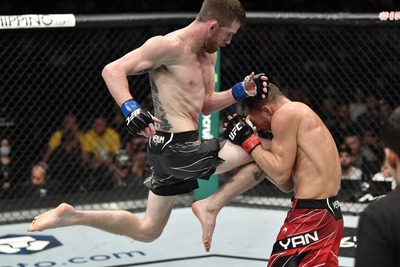 Back-to-back defeats would follow to the likes of former bantamweight champions Petr Yan (UD) and TJ Dillashaw (SD), both five round main events, the bout with Yan contested for the interim title, before he’d rebound with a win over Song Yadong (doctor stoppage TKO) in UFC Vegas 60’s main event.

This will be a very telling fight to see who may be next in line for a shot at the UFC bantamweight championship.

Vera has never been finished through his seven defeats, while the only man to ever finish Sandhagen is our current champion. Who walks away from UFC Fight Night 219’s main event of the evening the victor?