We have an incredible co-main event this weekend at UFC Fight Island VII, as former WEC & interim UFC welterweight champion, ‘The Natural Born Killer’ Carlos Condit takes on Matt ‘The Immortal’ Brown in a welterweight contest.

This is such an exciting match up, it’s a blessing we’ll finally be able to see it come Saturday. These two have been matched up twice previous; once at UFC on Fox 9 back in 2013, and the other at UFC 223 in 2018.

Brown pulled out of both fights, the first due to a back injury, and the second due to a torn ACL. However, they’re both healthy today, and we can only hope they both remain that way up until Saturday.

The contrast of styles in this match up is what really makes it compelling. They’re both straight up violent killers that don’t have boring fights. Brown’s never had a boring fight, and the only boring fight of Condit’s career was against Nick Diaz, a fight he completely changed his style for. 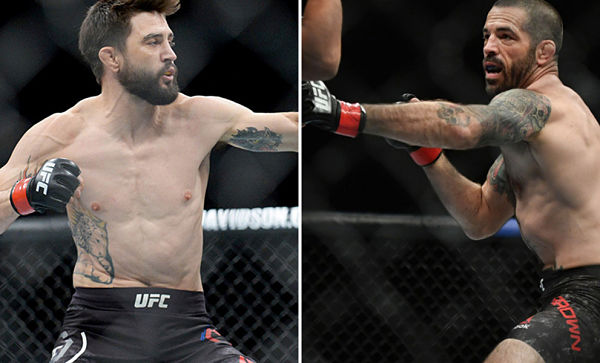 At this point in their careers, neither have too much left in them, but that doesn’t take away from how dangerous they each still are. Out of Condit’s 31 victories, 15 come via knockout with 13 submissions and just three decisions. 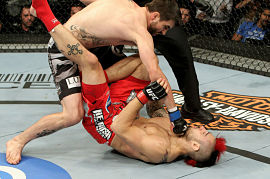 Out of Brown’s 22 victories, 14 come via knockout with six submissions and two decisions. Both these old lions come to fight! Condit returned for the first time in 22 months in October, where he defeated Court McGee via unanimous decision.

Condit certainly didn’t look like his younger self, but he looked good for coming off a five-fight losing streak and not having fought in two years. Brown also returned from a couple years away relatively recently. 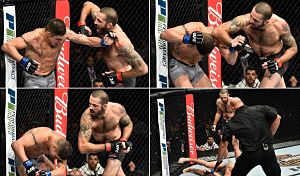 It was hard watching the Baeza fight, Brown is a hero to many of us, and this marked just the third time he’d been finished with strikes. Look at all of Brown’s wars, all that damage he ever took, and his last three defeats are the only via strikes.

At his peak, Brown was on a seven-fight win streak with six knockouts over the likes of Stephen Thompson (UD), Mike Swick (KO), Jordan Mein (TKO), Mike Pyle (KO), and Erick Silva (TKO).

Brown then dropped back-to-back unanimous decisions to Robbie Lawler in their five round title-eliminator fight, and then Johny Hendricks, before submitting (guillotine choke) Tim Means after dropping him with an elbow.

When Condit was at his peak, he was the WEC welterweight champion that had three title defenses under his belt. Once coming over to the UFC, he’d lose his promotional debut via split decision to Martin Kampmann, which would later be avenged via TKO. 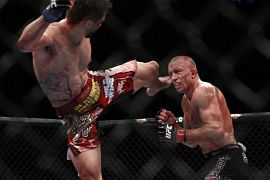 The one problem Brown had throughout his career is that he couldn’t defend submission attacks, which eventually gave him a record of 12-11 with nine defeats via submission.

The one problem Condit had throughout his career is the wrestling defense, he never learned how to wrestle. Of course, he was being out-wrestled by guys like Tyron Woodley, Geroges St-Pierre, Johny Hendricks, but then it got to the point it seemed everyone was able to take him down, and consistently. 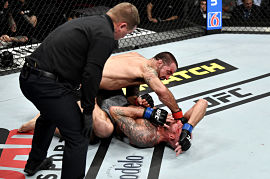 While Brown evolved his submission defense, Condit never evolved his wrestling defense. Nonetheless, it’s doubtful that’s where this fight takes place anyway. It’ll take place on the feet, where they both like to fight, and where they’re both very dangerous.

They both have their own style of Muay Thai they like to use, and they’re both very effective with it.

Condit stands 6’2” and has a 76” reach, while Brown stands 6′ and has a 75” reach. In that sense, they’re quite similar. Brown just turned 40-years-old three days ago as well, while Condit’s getting up there too at 36-years-old, turning 37 in April.

It’s unfortunate we couldn’t get this fight when they were both toward the top, but at least we get to see it go down this weekend. How does this one pan out?