MMA is a complex combat sport. It is one of the fastest combat sports that is growing rapidly around the globe. As it pulls its techniques and fanbase from a variety of sports such as jiu-jitsu enthusiasts, wrestling, judo, boxing, Muay Thai & kickboxing. An important thing that every practitioner must learn correctly regardless of their training level is the precise mechanics behind punching. MMA athletes are usually engaged in commentating.

What makes a punch powerful and full of impact? Well, there are many factors such as speed, momentum, technique, and potential. Punching power directly comes from its technique. Which further depends on biomechanics. Certain physical attributes also play a role in making your punch solid but without proper technique, they aren’t of much use. Your genes also play an important role here. 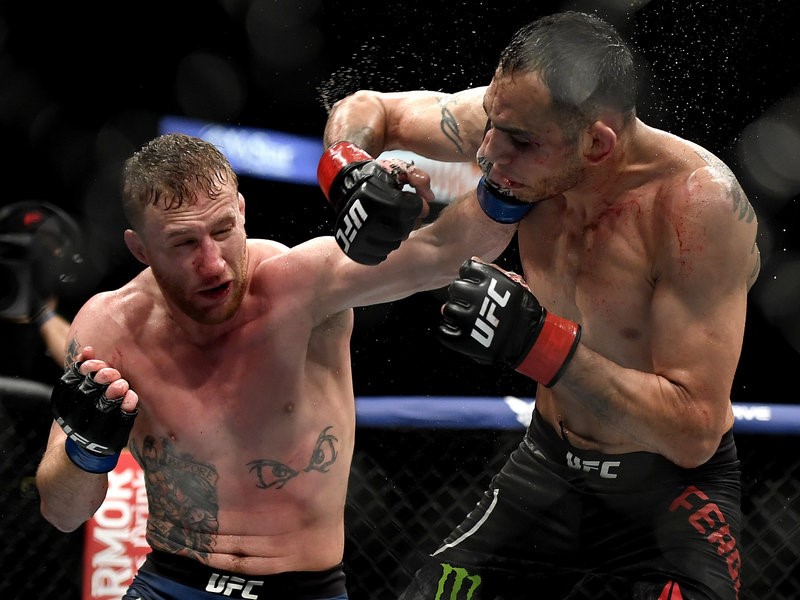 A combat athlete must have a clear understanding of all the foundational principles involved in striking, all the working advanced, and techniques. Each strike is a combination of complex interconnected movements, which we will explore in this article. Before we further move into that get yourself a nice pair of MMA punching gloves if you don’t already have one.

What is the Best striking Style for MMA?

Among philosophies, martial-arts have been a popular sport for centuries. It is ever-evolving and styles have been updating since ancient times. From time to time they incorporate the idea and art that suits unarmed combat athletes. But what is the best striking style for MMA athletes? Whether it’s punching, kicking, or some combinations. This topic lies among the most popular debates when it comes to MMA. Most of the BJJ athletes suggest that the best fighting style involves a well-rounded fighter. It mainly depends on how a fighter implements those styles and techniques. That incorporates all the fighting disciplines well. However, for perfecting your MMA game you might need a specific formula that has certain dominant striking styles that every grappler must learn. People often ask what striking style they should focus on being an MMA fighter.

In total, there are three main fighting-styles that an MMA athlete has to train for being successful in his MMA career. There are

Boxing forms a very good base for a Mixed Martial Artist. A good boxer can be a good MMA fighter. Punches are the most frequent and significant strike that is thrown in MMA. It is a fighter’s fastest, controllable, & versatile strike. Punching is effectively used from long distance, medium-distance, and clinching-range & ground-fighting ranges. Punching on feet is effectively used for setting up kicks & takedowns. While punching on the ground is used for setting-up submission holds & positional advances. Learning punching defense, attacks. The techniques involved such as foot pivoting & hip rotation, turning the legs & torso, transferring the body weight throwing combinations & feints for attacking the head & body make up an MMA fighter. How you defend yourself from the opponent’s punching attack by using head & footwork. Working on your punching techniques additionally develops athletic prowess: speed, strength, agility, endurance, nerve, hand-eye coordination, & power. the attributes that are required for being a good fighter. 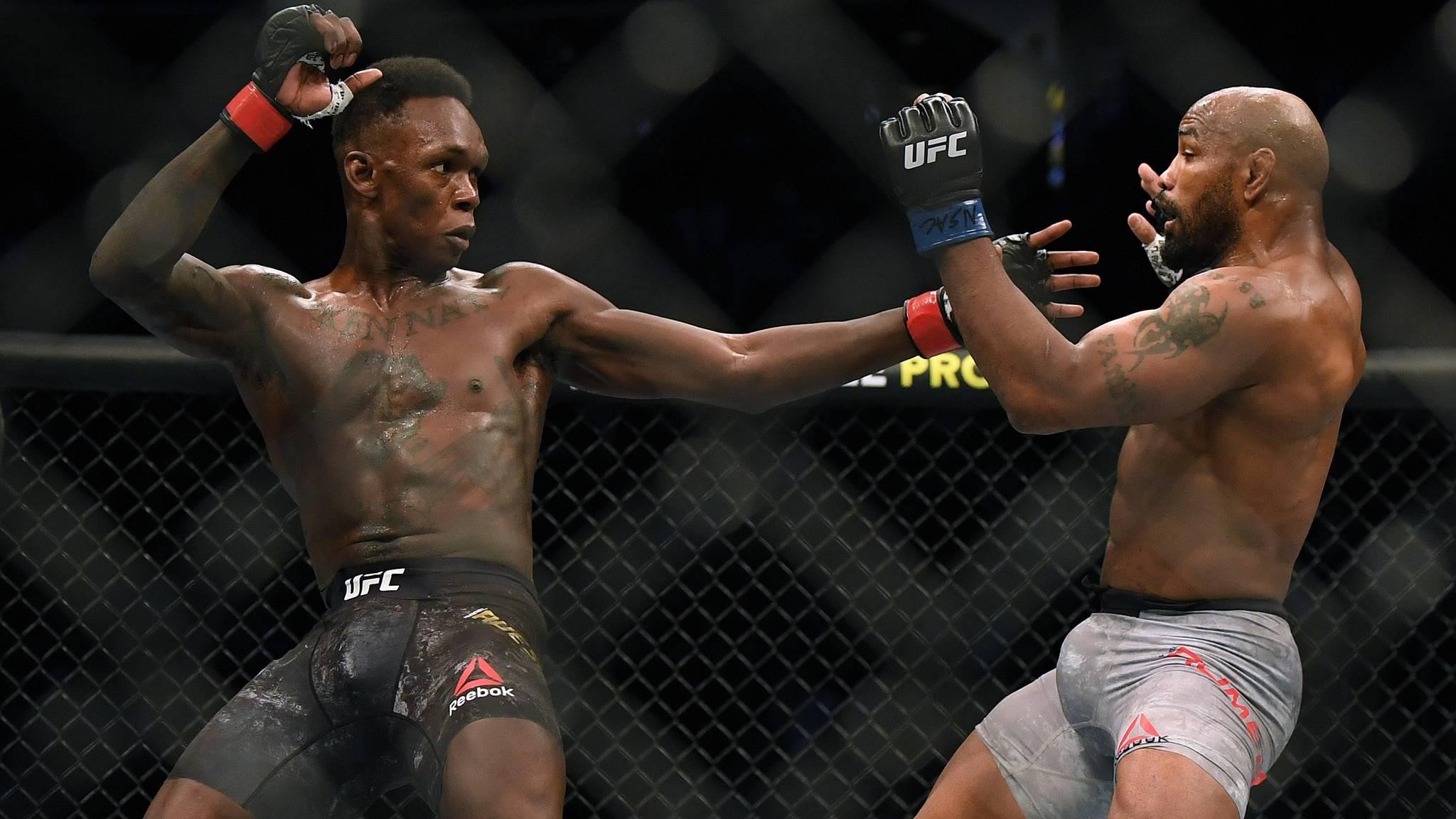 Power is often seen as a natural talent that enables some fighters to throw hard punches hard compared to others. Well, this isn’t entirely correct. Great MMA Fighters aren’t born, they are made. How? By learning the right technique behind each strike. It is done by correctly learning how to put a puncher’s whole body weight behind the strike, which makes legs, abdomen, shoulders, back, & arms work in a swift and single motion. While throwing a punch you link the larger & powerful muscles of your legs & core to smaller muscular groups present in your upper torso.

A finely struck power-punch is divided into four steps: first, taking a hard, falling step in your MMA shorts; then transferring the weight from one leg to another; the third one is wiping the shoulders & core while turning your hip over in the punch; & the last step is the upward surge for completely transferring the weight. Here we will focus on the basic & universally applicable motion, which is weight transfer & hip turn. For example, if you are punching with your right hand, your weight has to be on the back legs & ends at the front while rotating the hips & steps involved in the strike. Stepping forward and transferring weight into the strikes isn’t the right approach. Punching with step, weight transfer, & hip-turn is hard. It highlights how important it is to have a strengthened lower body. This movement starts with driving your rear leg. The main driver of this movement is your rear leg and hip extension. The most critical step involved in the development of punching power is that the punch and leg must throw out the force while distributing it fairly through the kinetic chain.

Try it in open space as much as you can in different intensities for perfecting your techniques. It takes thousands of rounds to master it. Improving your punching strength, speed & explosiveness is also essentially important.

Physics tells how to punch force depends upon the Impulse Momentum relationship. It is the change of momentum experienced by the body under a force that equates to the impulse of the resultant force. Having more mass and moving it quickly exert more impulse on the target.

The punching force can be measured. It’s the action of one force on the other. It is measured in the unit “Newton”. The higher this number is greater the punching force is. The force in amateur punching is around 2500 N. If a person weighs around 70 kg at his maximum he can exert a punch of 700 N of force. It means you can throw a punch having force 3.5 times more than your body mass.

Speed also plays an important role in increasing the impact of your strikes. A good punch impressively takes around six-hundredths of a single second to be thrown. Being fast is equally important as being forceful.

The assessment of muscle power includes some tests that incorporate the eccentric component & tests which do not. Those results are used for guiding the exercises that are usually performed in a fighter’s training phases. It helps in strengthening those muscles and helps in having a better overall performance. The muscular functions that are used in different combat situations are also improved by targeting these muscles.

The lower body movement is done by eccentric contraction. While throwing the punch, you set up your lower body in a certain position as explained earlier. In that position, your hip, knee, and ankle are flexed before you begin to produce force. It is not the same as a sprinter. Which demands the creation of a powerful concentric-contraction without preloading. This is why it is argued that power training for the lower limb should be performed.

The eccentric contractions in your upper body, mainly depend on the position they are used. For single punching, the upper body muscular action should be primarily concentric. This would equate to cocking the punch.

Brandon Moreno and the pursuit of scrappiness

By Mike Wright 1 day ago

The Best Gaming Setups Used for the Best Esports Players

Reasons You Should Switch to Reusable Produce Bags

What are the Advantages of CNC Wood Router