New England Fights (NEF) returns with its next mixed-martial-arts (MMA) event “NEF 47: The Battle of L/A” on Saturday, May 14, 2022, at the Norway Savings Bank Arena in Auburn, Maine.  Earlier today, the fight promotion announced the addition of women’s professional strawweight fight to the card.  Glory “The Fury” Watson (2-1) will square off with Natalie “Nattie Ice” Schlesinger (1-0) at a fight weight of 115 pounds.

Watson is coming off a huge win last month, handing Alibeth Milliron (2-1) the first loss of her professional career at “NEF 46” in Portland, Maine.  Watson dominated from bell to bell in a complete performance showcasing her striking, wrestling, and jiu-jitsu. She choked Milliron unconscious to finish the fight in the second round.  It was Watson’s second win in a row after losing her pro MMA debut last March.  It was also her second professional win by submission.  Watson represents Young’s MMA based in Bangor, Maine.

“My last fight was an evolutionary step in my fight game,” said Watson. “I found my passion and brought it into the cage. I am looking forward to showcasing the progress I have continued to make since that moment. I am grateful to be home in Maine for back-to-back fights, close to family, friends and fans. As always, I am thankful to my opponent for accepting the fight and showing she is game for anything. This fight camp is in full swing and I am ready for fight night.”

Natalie Schlesinger will make the trek to Maine from New Jersey for the fight with Watson. After a successful amateur career that saw her put together a record of 5-3, Schlesinger was victorious in her pro debut last summer via unanimous decision.  She is an accomplished jiu-jitsu practitioner, currently holding the rank of purple belt.  Schlesinger trains out of Driven Gym in Woodbridge, New Jersey.

“I’m very excited for this opportunity to be fighting in such a great promotion,” stated Schlesinger.  “I’ve been training so hard since my last fight.  I can’t wait to show what I’ve been working on and put on a great show for the fans. These next two months I’ll be training hard and ready to pull off an upset on enemy territory come May 14th.”

“NEF 47: The Battle of L/A” takes place on May 14, 2022, at the Norway Savings Bank Arena in Auburn, Maine.  Tickets for the event are on sale now at www.NewEnglandFights.com/Tickets/.  The event will be the promotion’s first in Lewiston-Auburn since June 2019. 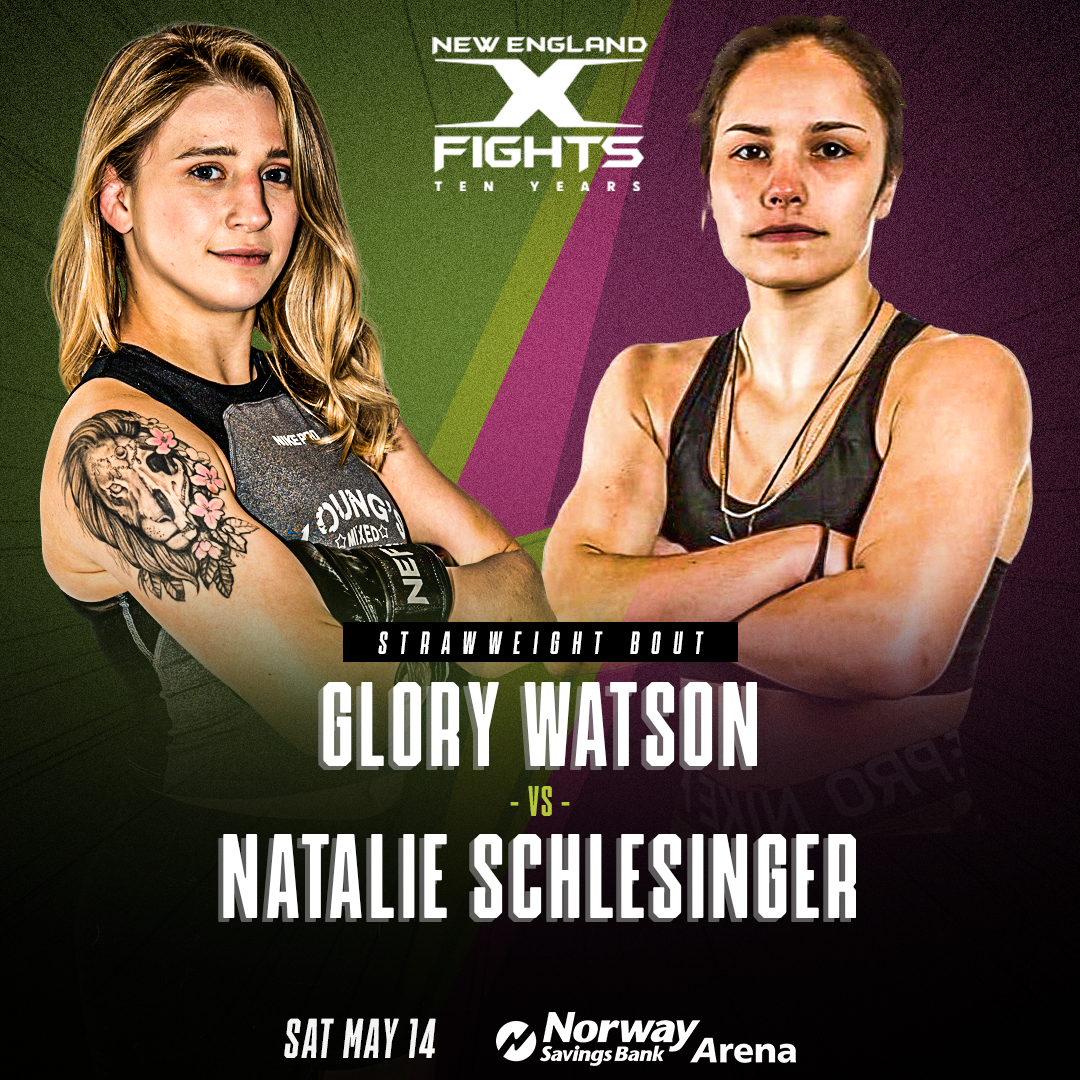