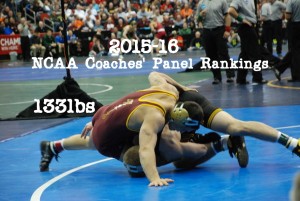 Nahshon Garrett of Cornell is a returning All-American.