Tyrell Fortune sees himself in the season four cast of the Netflix docuseries “Last Chance U.”

Fortune only bettered himself from the experience, set to face Matt Mitrione at Bellator 255 in Uncasville, Connecticut on April 2.

“I thought it was a great show. It kind of gave people a little idea of what junior college life is like,” Fortune said.

“Me, myself, coming from a junior college to a Division II school,, I don’t think many people know what it’s like to have that pressure of trying to move to the next stage, regardless of the reason why you’re there, whether it’s grades, skills or things  that cause you to go to junior college first.”

Fortune enrolled in community college due to low grades.

It’s clear his time in junior college paid off.

“I just made it through it because I was smart enough and then when I got to Grand Canyon University, that is where I really started to apply myself,” Fortune said. 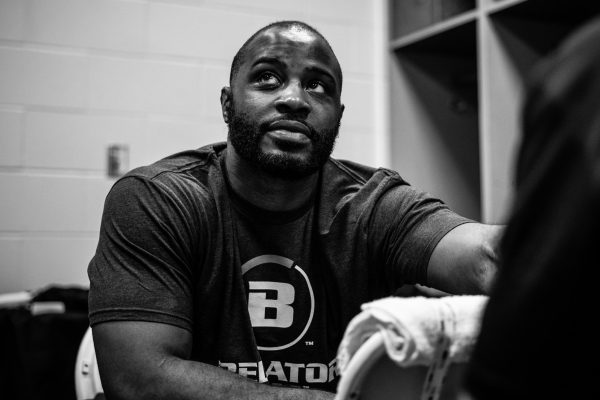 Many of the student-athletes in the show shared their aspirations to be drafted to the NBA. The 30-year-old is already near the top of his sport.

With Bellator introducing rankings, Fortune will finally know exactly where he stands in the Bellator heavyweight division. With Mitrione on a three-fight skid, Fortune expects to be ranked somewhere around No. 11 and No. 9 with a win over the former UFC heavyweight contender.

Fortune has come a long way since attending Clackamas. He only wants to go further.

“I am extremely excited,” Fortune said. “I’m not ranked in the top five, so it gives me that little space, a point to just target guys and pick them out.”