Taking a slight shot at “The Spider” Anderson Silva, Diaz recently posted a picture of himself with marijuana aficionado Tommy Chong, using the hashtag “no steroids” and “all natural.” 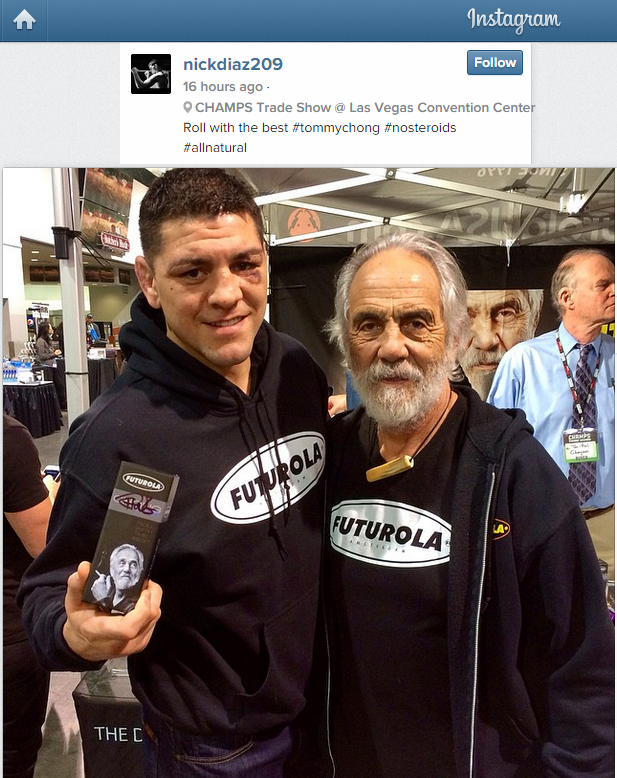 Chong is a veteran of the stoner-comedy duo Cheech and Chong.  Besides being a pot-head for television and film, Chong claims he beat prostate cancer with a cannabis oil protocol several years ago, and he went to jail for nine months in 2004 for shipping bongs across state lines. The latter event turned him into a passionate cannabis advocate.

Diaz has had his trouble with law and with mixed martial arts because of his love for the plant.  His most recent positive test came after last week’s UFC 183 headlining bout against Anderson Silva.  The Nevada State Athletic Commission said that Diaz’ levels were twice the allowable limit.