ONE Championship has announced their full card for their Japan versus The World card. Under Rich Franklin’s ONE Warrior Series, the card takes place October 5th in Tokoyo, Japan. Bouts include 15 Japanese fighters, boasting one in all but one of the bouts. Japan Vs. The World will take place during the ONE Martial Arts Fan Feat in the Bellesalle Shibuya Garden.

ONE’s Warrior Series will have some of the best rising young talent in mixed martial arts as the fighters compete. They will have a chance to earn a six figure contract with ONE Championship. There will be MMA, kickboxing and Muay Thai bouts on the card and Japan’s two biggest MMA promotions, Shooto and Pancrase, will be represented on the Japan versus The World.

The main event has De’Von Morris and Emmanuel Onyedikachi facing off for a second time this year. The two faced off in February earlier this year. Morris handed Onyedikachi his first career loss via second round knockout.

Japan versus The World Setting Up Bigger Things

“We are excited to take the ONE Warrior Series event to Japan and test their history of mixed martial arts against athletes from other countries around the world,” says ONE Warrior Series CEO, Rich Franklin. “There are 14 countries represented on this card, as well as several athletes from both Pancrase and Shooto, the two largest promotions in Japan. The card is stacked from top to bottom, with a main event rematch I personally cannot wait to see between De’von Morris and Emmanuel Onyedikachi.”

Jonathan Fong continues, “ONE: CENTURY is putting on a massive double-header with the biggest World Champions and stars globally. ONE Esports is making its highly-anticipated debut. Japan is widely-considered the birthplace of martial arts with disciplines like karate, aikido, and sumo deeply rooted into the fabric of society. Why wouldn’t we want ONE Warrior Series to be part of such a historic event?”

You can check out the full card below! 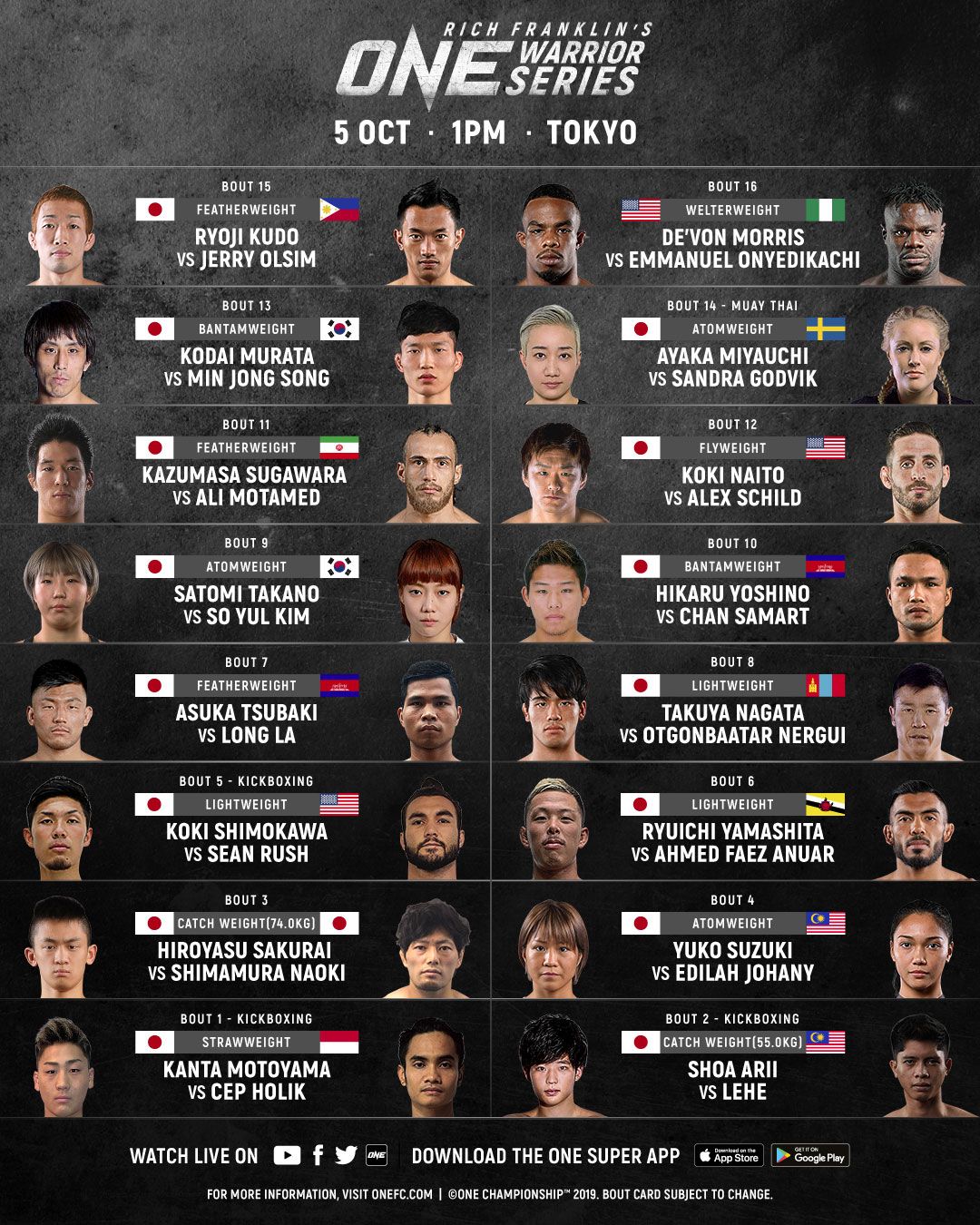