Duane Shields will be fighting fellow Philadelphian Javi Guzman for the Art of War lightweight championship in South Philadelphia on September 28th at AOW13 hosted at the 2300 Arena.  Shields knows adversity from his life outside of the cage and the room at Martinez BJJ where he calls home.  “Crispy” as his fans call him, feels that now is his time for all of his efforts and work to pay off.  I stopped in to see Duane for a chat about his upcoming bout.  Please check out the interview in the link above.  When I asked him about camp and how he felt, he told us…

“In every one of my fights (4-3), I have never left that cage and felt like I performed my best.  I think I’ve been better right here in this room.  I train with some of the best fighters and even the guys who don’t fight are great wrestlers and grapplers.  What I do in here with them, I need to take with me into the cage.  If I do that, I will leave with that belt.”

Duane Shields is a proud father of two boys and is determined to set a good example with both his work ethic and following your dreams.  It shows tremendous dedication to work full time, be dad, and train properly for a fight which is something that his head coach Will Martinez demands. Martinez has a tight, strong fight team and these guys and gals all pull for each other, sacrifice, and support win or lose.

I will be cageside handling commentary with Justin Haskell and doubling up with post-fight interviews in the cage with the winners.  We will also have live results right here on the greatest combat website known to man. We will see you guys at the fights. 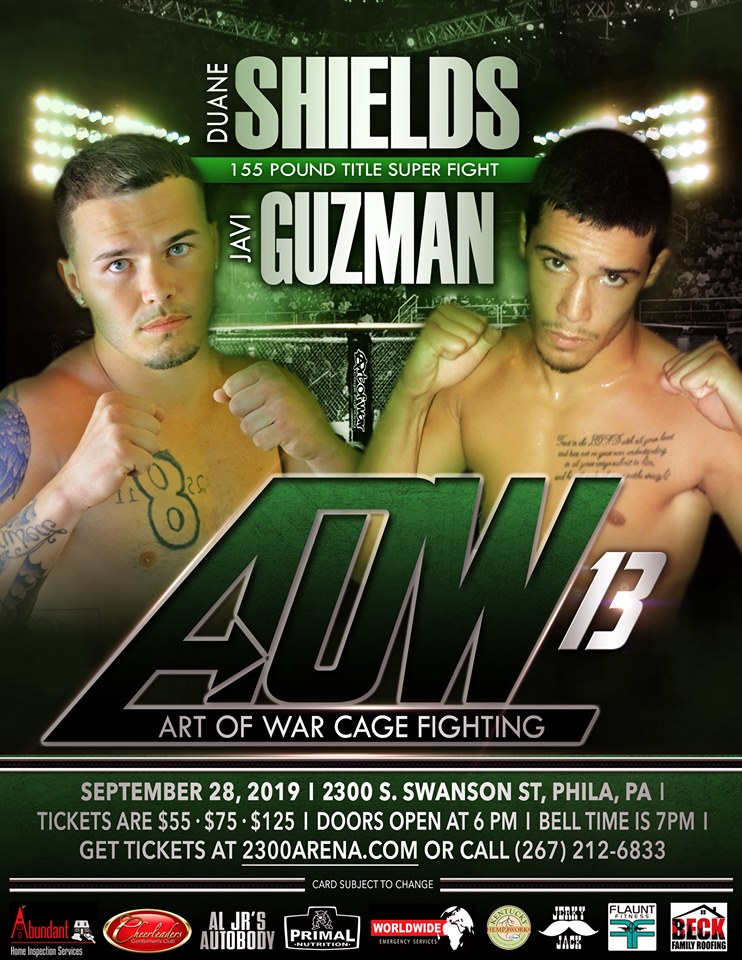