A former multiple-time world champion in the sport of boxing, Ava Knight, will branch out for her debut into the world of MMA at Bellator 228.

Why make the move and venture into MMA?
“The biggest thing I thought of is, ‘just because I can.’ Being an athlete, having the opportunity and just putting all the things together. And I have the opportunity to do it, why not? Why not challenge myself to be great at something I’ve never done before?”

When did you first get this idea or want to make this move?
“I didn’t realize how long ago it was, it was 2015, I got an offer from Invicta and obviously it wasn’t enticing enough for me to bite on it. It’s been around for a little while that I’ve wanted to try a and get in MMA. One reason is because women, we’re getting treated better, and the second is just being an athlete, and wanting to try something new.”

Bellator 228 takes place at The Forum in Inglewood, California, on September 28th. 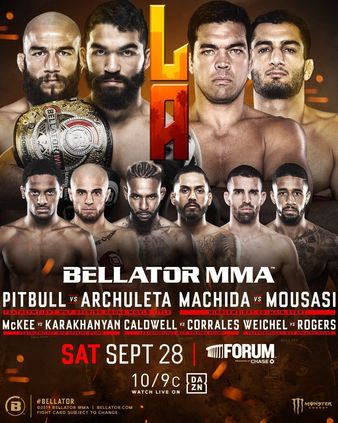