Nestled away in an industrial park behind the Maryland DMV in Elkton, MD is the small but well known mixed martial arts gym called Triple Threat Combat Sports. While the gym is not internationally known it has become a staple in the MMA community in Delaware and has become a must-stop for any professional grappler or MMA fighter passing through the area. The ever evolving and tenacious gym has found a new home just over the MD/DE state line and has big plans for the future. Triple Threat like most gyms in the country went through a tough time during Covid-19, but has managed to find new ways to ignite the flames and continue to do what they love.

While in Delaware, Triple Threat was run by long time co-owners Kevin Green and Ed Simonson in a facility that housed about 28 to 30 members. Simonson is one of the members who has been with Triple Threat from the start, going back as far 14 years with the team. Even before that, the “gym” was more of a social group of people who were interested in Brazilian Jiu Jitsu.

“The team got together at another location (gym) and then formed our own thing,” said Simonson when asked how the gym started. Their “own thing” was a handful of people who gathered at the home of Green, to train in his basement on top of a cluster of puzzle mats in a small space. The original members of the soon to be Triple Threat Combat Sports recall training at a “McDojo” before starting their own gym. A McDojo is a common used term in the MMA community to describe gyms that are “great at marketing but have a bad product” explains Simonson. These type of gyms are more about making money then providing quality instruction and even allow their members to buy their way through promotions and ranks. 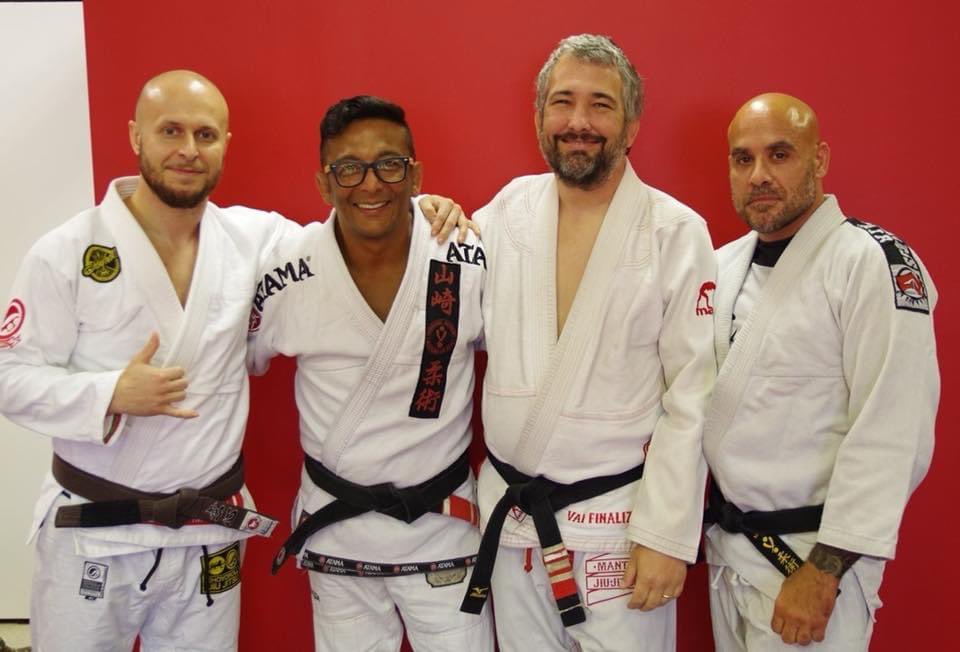 Green, a career military officer with multiple tours of service under his belt, started competing in MMA in his spare time in Arizona. When he moved back to the east coast he kept the love of Brazilian Jiu Jitsu and mixed martials alive. Green would hold practices with one to two students at a time focusing on fundamentals with the given limited space and number of students. On days where he had just one student he would put them through individual drills while he would observe, critique, and finish his morning coffee. In full on master Yoda mode, Green would eventually become sought out by young padawans wanting to learn the force and built a stable of five to seven students. As time went on and word of mouth spread, more people were asking to train Brazilian Jiu Jitsu under Green triggering him to consider opening up a training facility. With the help of one of his current and earliest students Ed Simonson, the two were able to make the brick and mortar location a reality.

Almost a decade of residence at the Newark, DE location and training under the Yamasaki Academy affiliation, allowed Green and Simonson achieve great success. Along with Green and Simonson, coaches Chris Smedley and Brad Simpers have been longtime students of Green’s. Simonson, Smedley, and Simpers are all founding members of the original group that started out together with Green and now all three members own a black belt in Brazilian Jiu Jitsu. Who all do their part in helping shape students and prepare them for Jiu Jitsu tournaments and MMA fights. Before Covid19 their current stand-out athlete Aking Deleon made his successful mma debut at Stellar Fights 45 in Harrington, DE where he won by way of technical knockout (TKO). Memberships were constant and plentiful and the gym continued to be a pit stop for professional combat athletes looking for quality training while in the area. Most recently former Bellator champ Ilima-lei Macfarlane stopped through while she was in town cornering a training partner. Not to mention the countless other Brazilian Jiu Jitsu black belts looking to practice with fellow black belts.

Gyms around the world were closing their doors in compliance with international Covid-19 guidelines but no demographic of gym felt the pain quite like those operating combat sports gyms. In an environment the relies solely on contact, it was impossible at the time for combat sport athletes to train at their gyms and remain six feet away. How do you practice Jiu Jitsu, boxing, or kickboxing and remain six feet away from sparring partners? These are sport that require you get up close and personal with your partner and students were not coming to the gym during these times. Causing an absolute drop in memberships and forcing gyms like Triple Threat to close their doors. Triple Threat Combat Sports went from about 28 students to three paying members, which put them in a tough predicament. Close the gym doors. That didn’t stop the family at triple threat from having their weekly reunions. Members from the gym went back to their roots and created a weekly schedule for their dedicated members who met at each other’s houses and you guessed it, trained in their basements together. “There’s no crying in Jiu Jitsu” as Simonson points out, and the team kept it moving. Refusing to be beaten down, the members of triple threat trained safely as they could to keep the gym learning and thriving until they were able to secure a new location.

Two things have become certainties when you enter the doors of Triple Threat Combat Sports and you will be guaranteed to receive both. You will be greeted/handed a waiver and you will be surprisingly treated to some of the most diverse workout music that you will find in an mma gym. Depending on the day or the coach you could be choking and punching each other to the sounds of DMX or “Over the rainbow” by Isreal Kamakawiwo’ole. It is that type of diversity which has given the gym their success over the last couple decades of “simulated violence” as Green refers to it. Accepting and encouraging different personalities amongst their members has become a trademark. The coaching staff at Triple Threat have become experts in finding what each student is good at and playing to their strengths. Triple Threat has always taken pride in providing a family like environment inside and outside their walls, often referring to their moniker “Fighting is a team sport”. You’ll quickly notice that when you look around the gym walls, and see the huge amount of medals and awards from Jiu Jitsu tournaments. Falling in line with their team slogan, each medal that is won by an individual is brought back to the gym and displayed to further prove that the honors belong to the gym entirely. Further verifying that your practice partners are just as important as the athlete competing for the prize.

It should come to no surprise that when the gym was faced with financial issues in Delaware due to Covid-19, the members of the triple threat quickly stepped up to help their gym family. Longtime member and now new owner of Triple Threat, Dave Groft stepped in and was instrumental in the process when learning of the trouble at the gym. Taking the reins and moving the gym to Elkton, MD just 10 minutes away from their previous location in Newark, DE to a newer and bigger suite was just one of the goals Groft set out to accomplish. The new location is 400 pintail circle in suite 3, in Elkton, MD and you can keep up with the team at www.ttcsbjj.com online or take a look at their class schedules. Groft mentions “we are expanding our program and are going to be adding kids’ classes soon … Part of our “Coming out of COVID plan””, when asked about some of his other plans for the future. Simonson also believes there’s an untapped market in Elkton, MD just waiting to get their first taste of Jiu Jitsu and MMA.

A few things are obvious within Triple Threat Combat Sports. Their future is bright and their plan for their new home is already in full swing. They are not going away without a fight and nothing comes between family. Their roots are deep and their loyalty is second to none. They are impossible to keep down and put away. Whether it be a basement or a suite, as long as there are mats there will always be a group ready to train and keep the legacy alive. 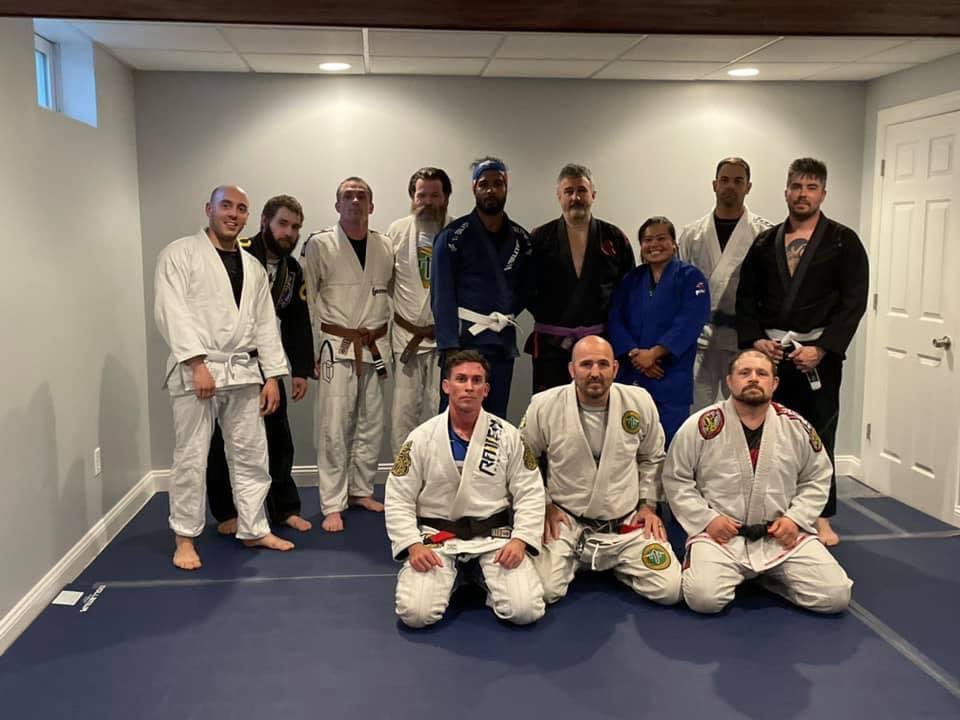 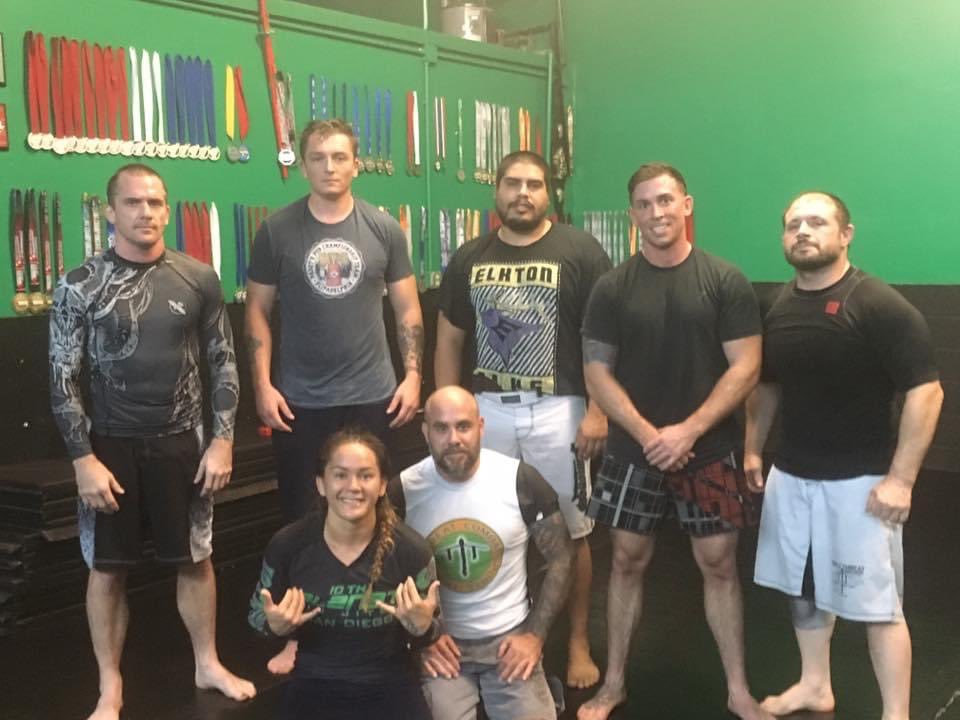 By Mike Pendleton 56 mins ago

Adrian Yanez talks about his upcoming fight with Davey Grant, training, and more