Ariel Helwani is known for delivering big-time MMA news, but what he recently unveiled via his social media and various other platforms could be his biggest bombshell to date.

As part of a column on his SubStack page, Helwani wrote on Sept. 14, “According to sources, a number of influential industry individuals have come together to create a new MMA league that is structured more like the NBA/NHL/NFL rather than your typical MMA promotion. This new league would also include an athlete association that implements a CBA with 50/50 revenue share, guaranteed contracts, health insurance, career-ending insurance and a pension plan. The plan is to announce the venture in the coming days, I’m told. They are hoping to launch in 2023.” 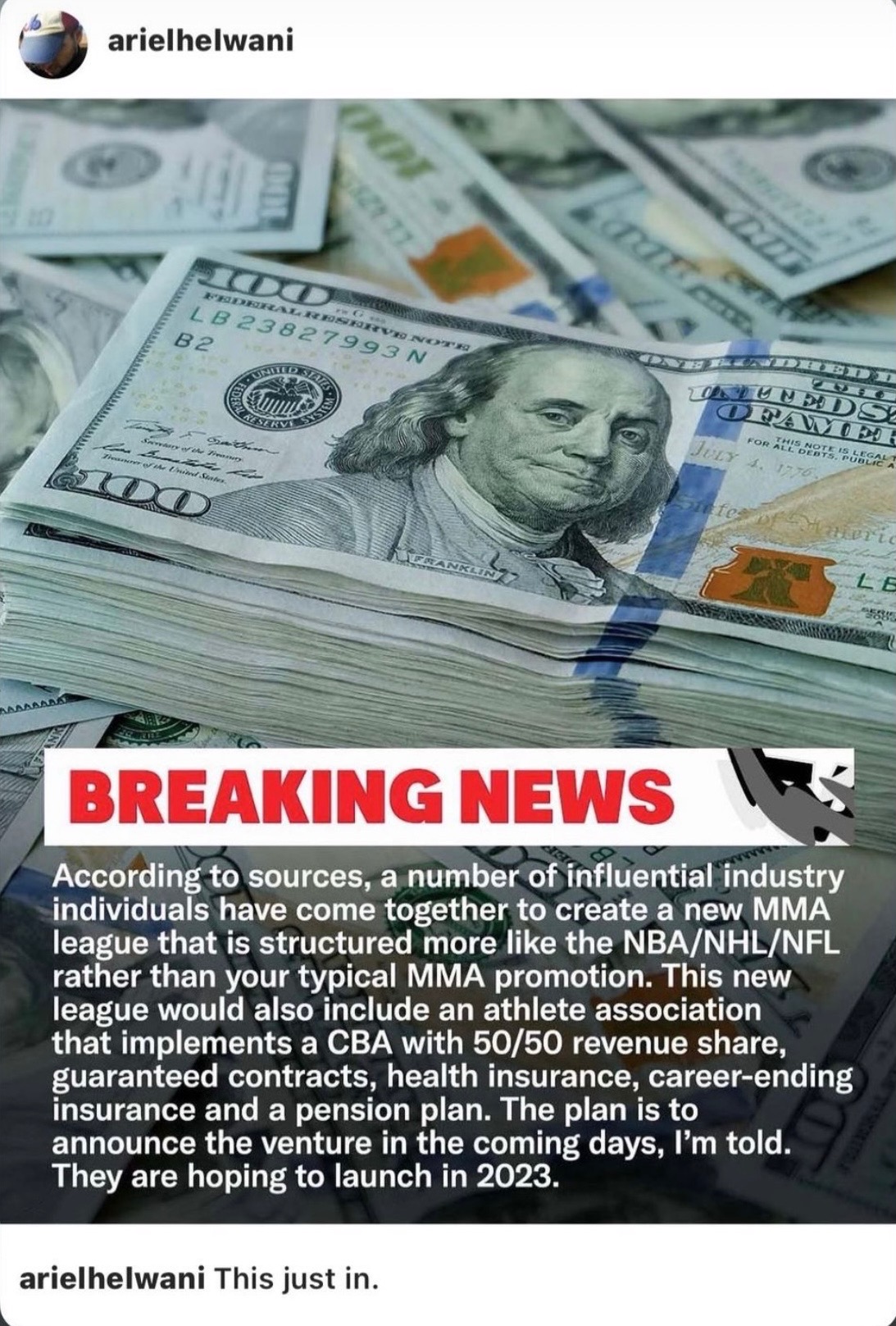 The next day, on his podcast “The MMA Hour,” Helwani added:

“The new league is structured as a nonprofit where independent franchise owners will roster a team of athletes signed from free agency or via the league entry draft. Each team will compete in home and away competitions in a traditional league format vying for a playoff spot. The owners and athletes are governed by the leagues bylaws and collective bargaining agreement which is enforced by the commissioner and board of governors.”

On his same SubStack blog where he initially broke the news, Helwani elaborated further later in the week with more info about the World Fight League. 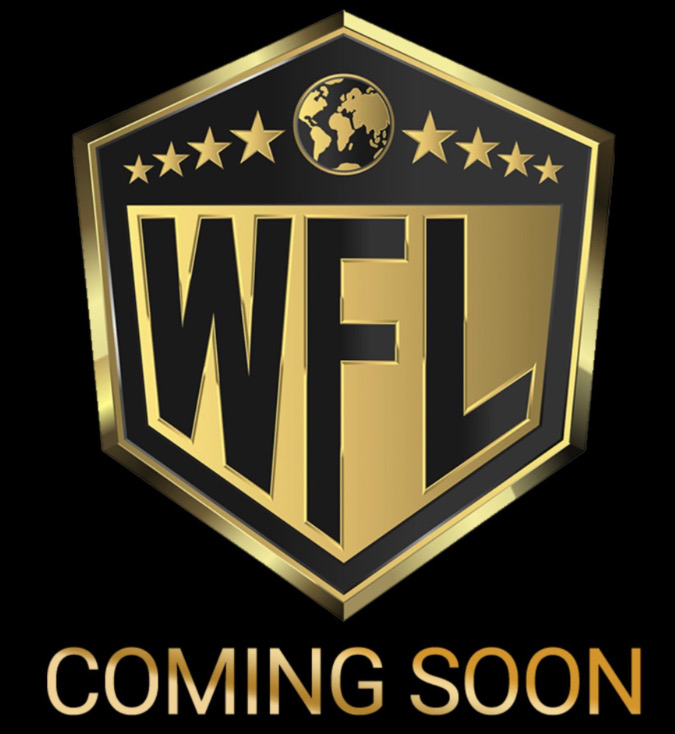 What makes Helwani’s news particularly interesting is its timing. In the wake of several fighters speaking out about the pay and health insurance they receive from the UFC, as well as this whole Jake and Logan Paul nonsense that continues to persist but also sheds more light on the current wage issues in the fight business, a league with a fighters’ union and an equitable CBA is something that could actually have Dana White’s attention, and perhaps have him and other UFC stakeholders worried.

According to Helwani’s report, the WFL has been in the works since 2020 and was granted non-profit status on May 3, 2021. It sounds like the league still has a lot of ducks it needs to get in a row before it’s ready to begin, let alone compete with the UFC, but it’s far enough along in its evolution that it’s ready to announce its plan, which includes an intended start date of 2023.

It has not yet been revealed who exactly is behind the creation of this fight league, but Helwani was able to share that the group of movers and shakers includes several former/current professional athletes from the world of NFL, NBA and MMA, including multiple MMA world champions, five former respected MMA promoters, former MMA Executives and matchmakers, actors and recording artists.

The hope is to make the WFL a global league with four conferences — North America, South America, Europe/Africa, Asia/Oceana. The plan is to have between 8-24 teams in each conference. Each team will have 24 fighters; three in each weight class.

Helwani said he will continue to keep the public updated as more information becomes available, but as things progress, you have to wonder how the UFC will react. Namely Dana White and any fighter who is unhappy with their current contract.

UFC has a brand that will be hard to overcome. And no one knows the fight game (at least the business side of it) better than Dana, but fair is fair, and there have been a lot of reports in recent years of some unfair UFC contracts. The fighters are starting to speak out more and more and no matter how strong the UFC brand is it still needs the best fighters to maintain its dominance over the MMA world.

Perhaps Dana will begin to distribute more equitable contracts and clean up the UFC’s public image a bit with some goodwill toward his entire fighter roster (not just the cash cows). And perhaps that will be enough to squash the World Fight League before it even gains legs. Or perhaps the UFC will stay status quo. Then it will be up to current and future fighters to decide what type of deal they want to get themselves into when it’s contract negotiation time.

Pat Donohue has been covering sports for more than 10 years. He is a former Washington Redskins beat reporter and has been covering the University of Maryland football and basketball recruiting and daily beats for Rivals.com since 2013. Pat graduated from Maryland with his master’s degree in journalism and has received bylines in publications such as USA TODAY Sports, The Philadelphia Inquirer, SB Nation, and Yahoo! Sports. As a wrestler for 13 years in Pennsylvania, Pat has a deep appreciation for MMA and a keen understanding of the sport.

By Cole Shelton 7 mins ago

By Adam Martin 51 mins ago