Sponsorship deals and endorsements are customary in the world of sports. Everywhere from soccer and basketball to video games, esports and virtual sports, you’ll see brands upon brands: banks, betting outlets, service providers, and other companies are supporting various teams and individual athletes in exchange for exposure on their kits.

Some of the best-known sportswear brands are omnipresent in the world of sport. Well, most of them. Puma, a well-known brand, has been present in many sports until now – not in MMA, though. Until today: the brand has signed a sponsorship deal with UFC middleweight champion Israel Adesanya. 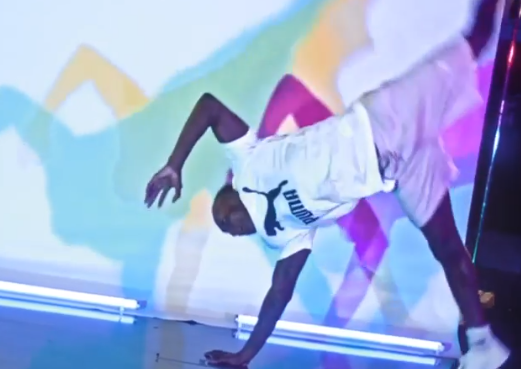 Born and raised in Lagos, Nigeria with his four siblings, Israel Adesanya took up taekwondo at an early age – until her mother removed him from the class due to an injury. He lost interest in sports for years. His family relocated to New Zealand to offer better education to their children. During his high school years, Adesanya revealed that he was bullied, which reignited his interest in martial arts. He started training in kickboxing at the age of 18, inspired by the Muay-Thai film Ong-Bak and went on to amass an amateur kickboxing record of 32-0. At the age of 21, he moved to Auckland, training at City Kickboxing under Eugene Bareman with other MMA fighters like Alexander Volkanovski and Dan Hooker.

In 2014, he signed with Glory World, then moved on to King in the Ring, a last-man-standing tournament in Auckland, New Zealand that he won in the cruiserweight division. He signed with the UFC in 2017, making his debut at the UFC 221, a match he won with TKO. Since then, he has won all his 19 fights – 14 of them by KO – holding the UFC Middleweight Champion title.

A sponsorship deal with Puma

Adesanya is the first MMA fighter to sign with the sportswear company. The announcement came ahead of his upcoming fight against Paulo Costa, set to be held at the UFC Fight Island in Yas Island, Abu Dhabi. You can take a look at that odds the same you would for online football betting. Under the multiyear deal, Adesanya will be the new face of Puma Oceania.

“We’re ecstatic to be welcoming one of New Zealand’s most acclaimed athletes to the Puma family,” Puma Oceania general manager Pancho Gutstein said in a statement. “Not only is Israel a fearless and incredibly talented athlete, but his passion for dancing, fashion, anime, and his memorable personality makes him a standout individual to represent the brand.”

“I only work with companies that align with my values and goals and PUMA is an awesome fit,” the fighter noted. “I love that PUMA is all about individuality, daring to stand out, fearlessness and pushing the limits. Exactly my kind of brand and I’m hyped to see the partnership unfold.”

By Adam Martin 1 min ago

By David McKinney 26 mins ago