Collin Anglin decided a few years ago that he full steam ahead with mixed martial arts and was going to put all of his efforts into becoming a successful professional fighter.  How he got started in the sport seems almost like a movie script.  MyMMANews got a chance to catch up with the 27 year old just a few days after his victory on Dana White’s Contender Series. When I asked him about his path into the cage, he says…

“My dad had me in wrestling shoes as soon as I was old enough.  He and I loved watching the UFC since I was about 6 years old. I loved fighting in general whether it was in hockey or the playground. It seemed like I was always getting into scraps. It was always a dream of mine to make it to the UFC, but we really had no idea of how to go about it.  There were no MMA gyms where I grew up.  My wrestling career ended after high school and then I went to college to study criminal justice.  As a freshman, I was driving around and I saw a sign that said cage fights at K Wings Stadium call this number. I called the number thinking it would be funny.  They were like, we have a fight for you in two weeks at 145 lbs. I said OK and then  I called all my family and friends and told them I was taking this fight and they all came out to watch.  I had my dad corner me.  I only knew wrestling and what I saw on TV.  My dad kept saying take him down, so I did and I wound up winning a decision.  After that I joined a gym and  trained for a little while not giving fighting any serious consideration.  Then I transferred to Michigan State University to finish school and get my degree and came across Scorpion Fighting System and that’s when it got serious for me.  They helped me get to where I am today.”

Please listen to our full interview on the link above.  Collin’s living out a dream right now and plans on making the most of it.  Recently, he his fiance’ Mary, and their dog packed everything up and moved to Denver, Colorado and joined Factory X Muay Thai/MMA/BJJ in Englewood and he is now focused on getting better and better and making a name for himself in this grueling sport. 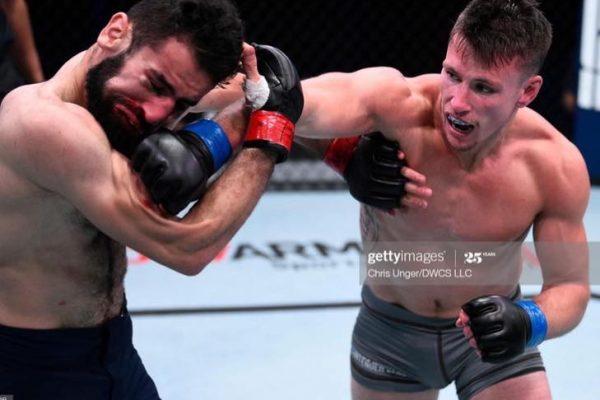 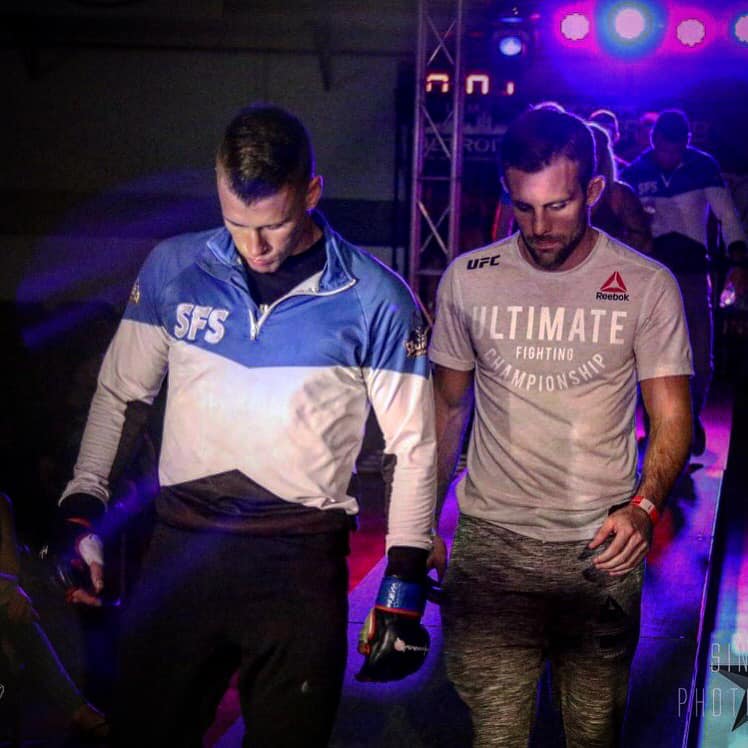 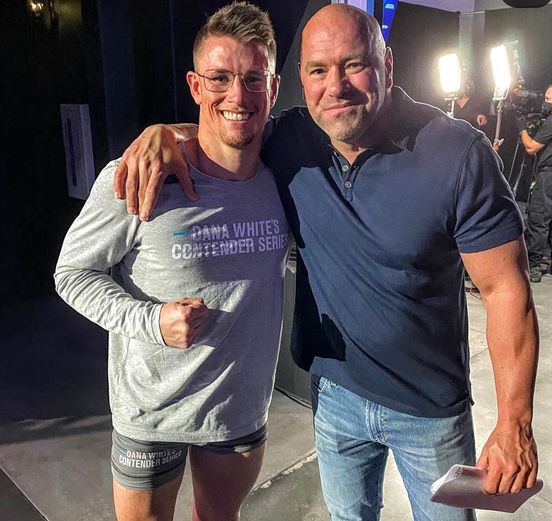