On May 23, Purple Belt Cathryn Millares will be competing in a Purple Belt Super-Fight at the SUB-OUT Domestic Violence event. The event will be hosted by Vault Jiu-Jitsu in Morton, Pennsylvania. The fight card will host white belt through purple belt matches. The stream begins at 11 AM on Vault Jiu-Jitsu’s YouTube channel. 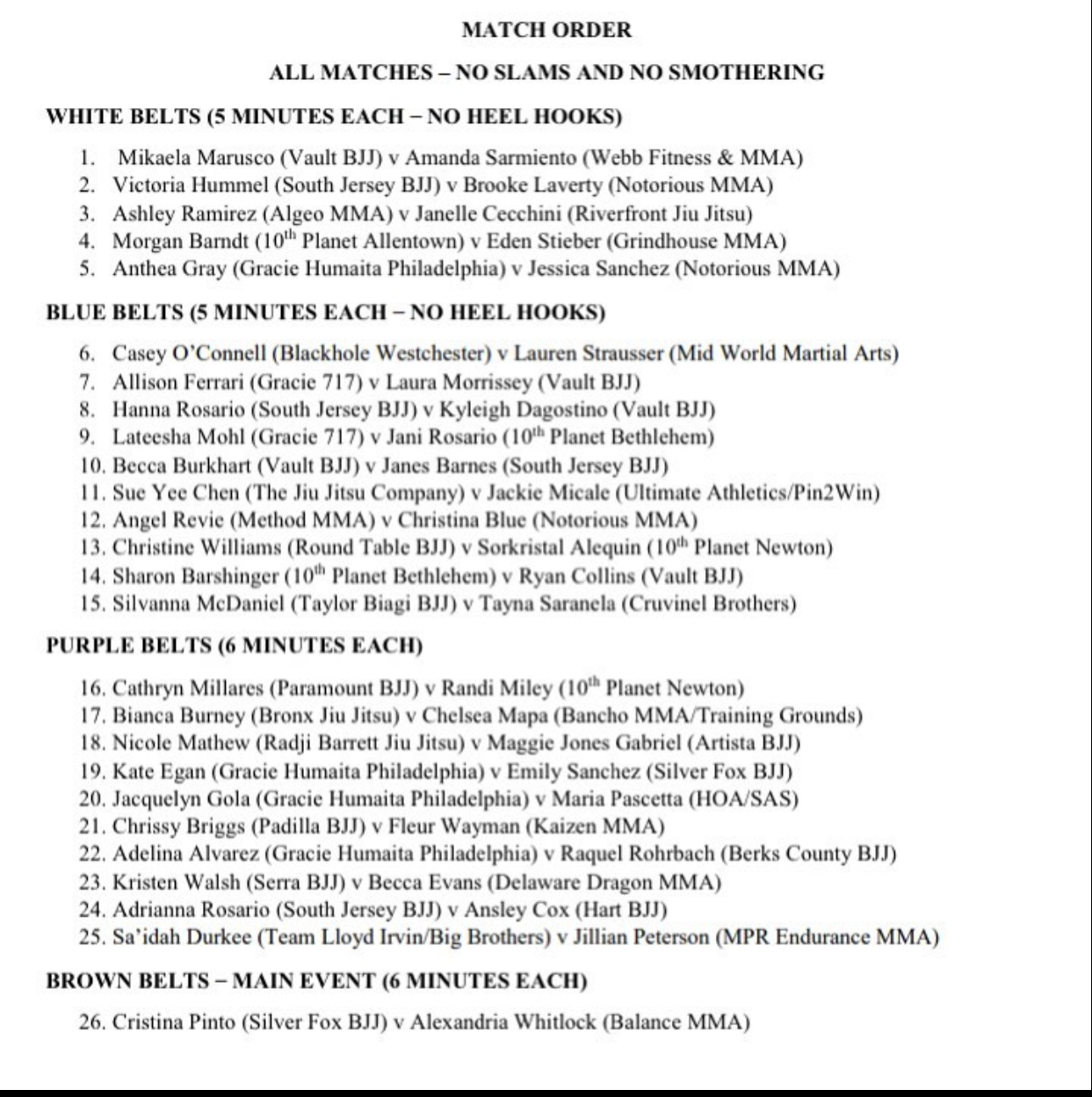 Millares is a nurse by trade that finds comfort and uses BJJ as a tool for decompressing after a tough day at work. In addition, to training, she mentions the number of people she invites to the gym to introduce the sport too.

The Paramount BJJ athlete, Millares, will be competing against Randi Miley of 10th Planet Newton. This purple belt match-up will a great match-up for both competitors. It will test Millares against the rising young talent. Millares is approaching her third decade on earth and she can be considered a veteran in women’s BJJ.

Millares vs. Miley will be the first of the Purple Belts to compete on Sunday, May 23. Tune in to the interview to hear what Millares has to say about the sport of Jiu-Jitsu.