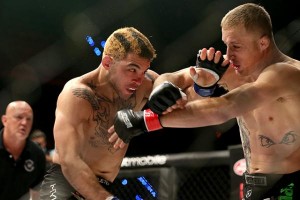 Rich Patishnock has not fought professionally since January 2014 when he lost in the main event against Justin Gaethje at WSOF 8.

Despite his absence from MMA, Patishnock (6-2) has been entered into a one-night, eight-man lightweight (155 pounds) tournament on Friday, Nov. 20, live on NBCSN at 11 p.m. ET/8 p.m. PT from Comerica Theatre in Phoenix, Arizona.

He earned the title shot against Gaethje by defeating both Gregor and Igor Gracie back-t0-back.  The fight against Gaethje was to determine the first ever WSOF lightweight champion.  Patishnock stepped up on roughly one week’s notice after the injury bug hit the evening’s main event.

MyMMANews.com caught up with Patishnock at Hybrid 570 MMA in East Stroudsburg, Pennsylvania to discuss the WSOF 25, 8-man lightweight tournament.  If Patishnock goes on to win the tournament he could potentially see Gaethje in a rematch for the strap.

In one bracket of the eight-man tournament affair, Luis “Baboon” Palomino (23-11) of Miami, Fla. will square off with Rich Patishnock (6-2) of East Stroudsberg, Pa., while Brian Foster (23-7) of Sallisaw, Okla. will collide with Joao Zeferino (18-6) of Florianopolis, Santa Catarina, Brazil. 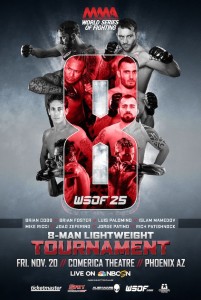 The two semifinal stage winners will face one another in the championship round.

Should any of the tournament’s quarterfinal stage fight winners be unable to re-enter the cage for his semifinal stage commitment due to an injury sustained en route to victory, the loser of the bout will advance to the following tournament round in place of the hurt fighter.

If neither the winner nor loser are healthy enough to re-enter the cage, however, one of the reserve fight winners will serve as a replacement in the tournament field. 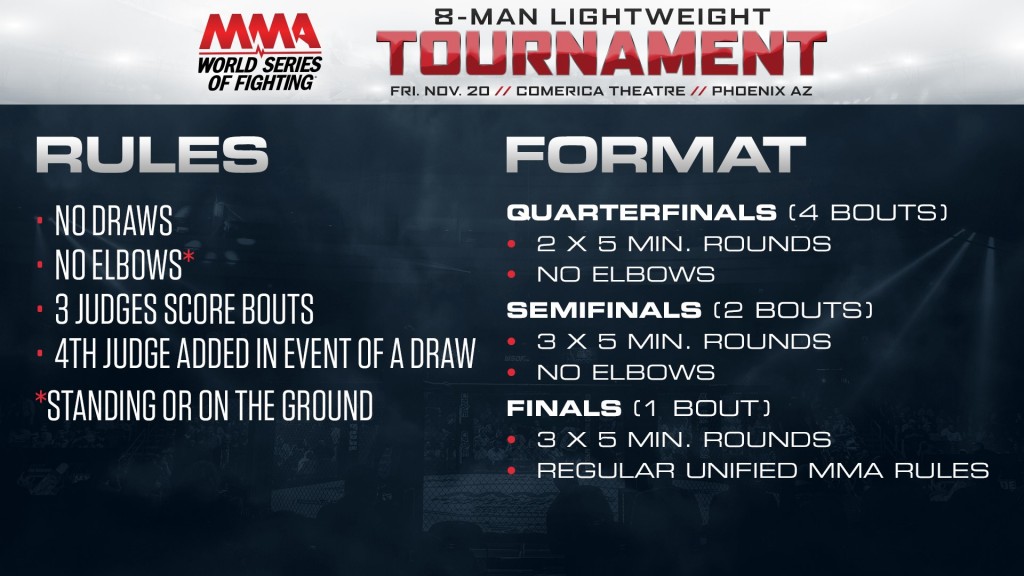