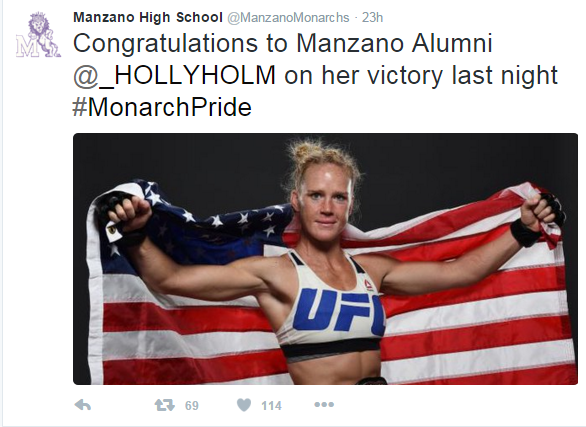 The new UFC women’s bantamweight champion Holly Holm attended Manzano High School in Albuquerque, New Mexico — where she played several sports sports — and even served as a team manager for the football team.

The school’s athletic director Matthew Espinoza told TMZ there are already plans to honor the champion who knocked out Ronda Rousey this past weekend in the main event of UFC 193 in Melbourne, Australia.

“We’re going to hang a banner in the gym to recognize her because she is quite the inspiration for our female athletes,” Espinoza says.

“The whole city of Albuquerque is proud of her.”

Espinoza says he remembers Holm from when she was in high school — and says he’s amazed how far she’s come.

“She was so tiny back then … and now she’s the talk of the world. It’s crazy!” 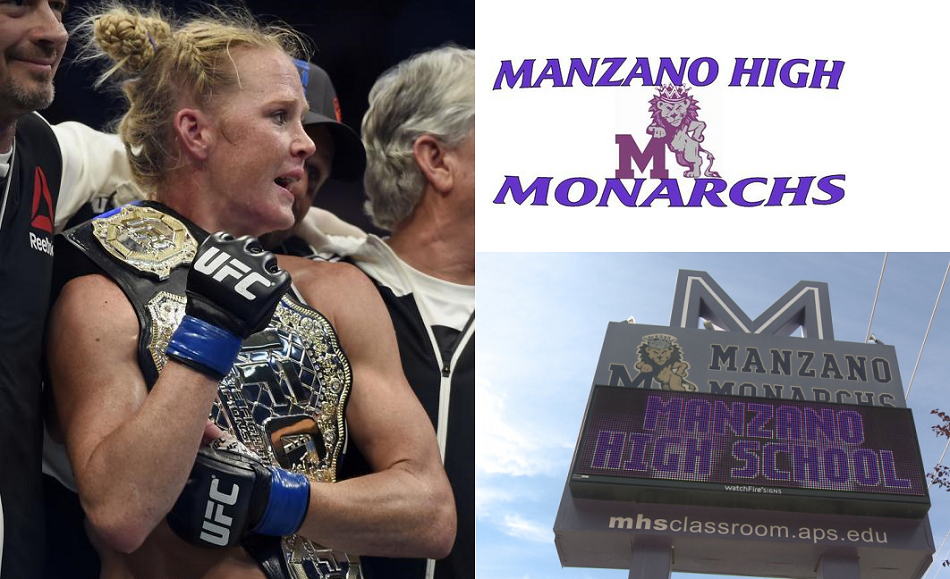 Alyse Anderson reveals what “gangsta mode” means to her

By Brady Briggs 24 mins ago