The event will be live streamed on FloGrappling. Limited tickets to attend the event live are still available on RISEInvitational.com and doors will open at 7:00 p.m.  The event is stacked with the top names in the submission only scene, including numerous RISE champions and veterans from previous events. 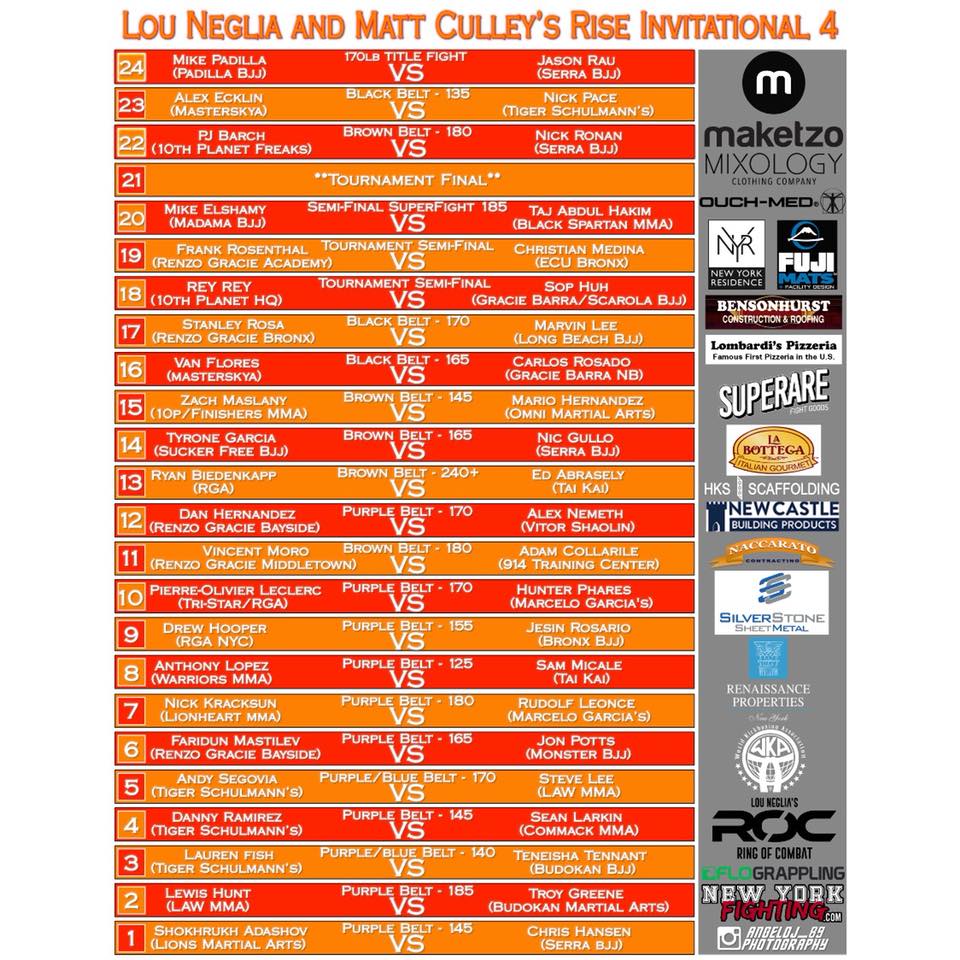