Frankie “Mantis” Buenafuente will be looking to recapture the 145 lb Ring of Combat championship, in a rematch against Julio Arce, February 24.  Frankie lost a decision to the Tiger Schulman MMA fighter in November and is in camp right now and feeling refreshed and says he’s ready to get his belt back.

Buenafuente is a born and bred wrestler who has worked hard and turned himself into a fighter with much more to his game.  He’s always known “the grind”.  This is a man who has gone through rehabbing from a serious automobile accident, wrestling all of his life, fighting and winning the Ring of Combat title, to losing that very thing he coveted.

In the first fight, Arce didn’t allow Buenafuente to score a single takedown. Could the wear and tear of fighting 5 times in 12 months have caught up with “Mantis” ?  He tells me that he is feeling strong and better than ever despite working his 45 hour per week job and diving into the gym every day for hours.  He knows that the southpaw, with the Golden Gloves credentials, standing across the cage from him, is a big challenge.

Buenafuente is now 7-3 and the champion, Arce boasts a 10-2 mark.  This will be the main event of the evening and one of 3 title fights from Louis Neglia.

I spoke with Buenafuente about the rematch and the pressures of fighting.  Check it out. 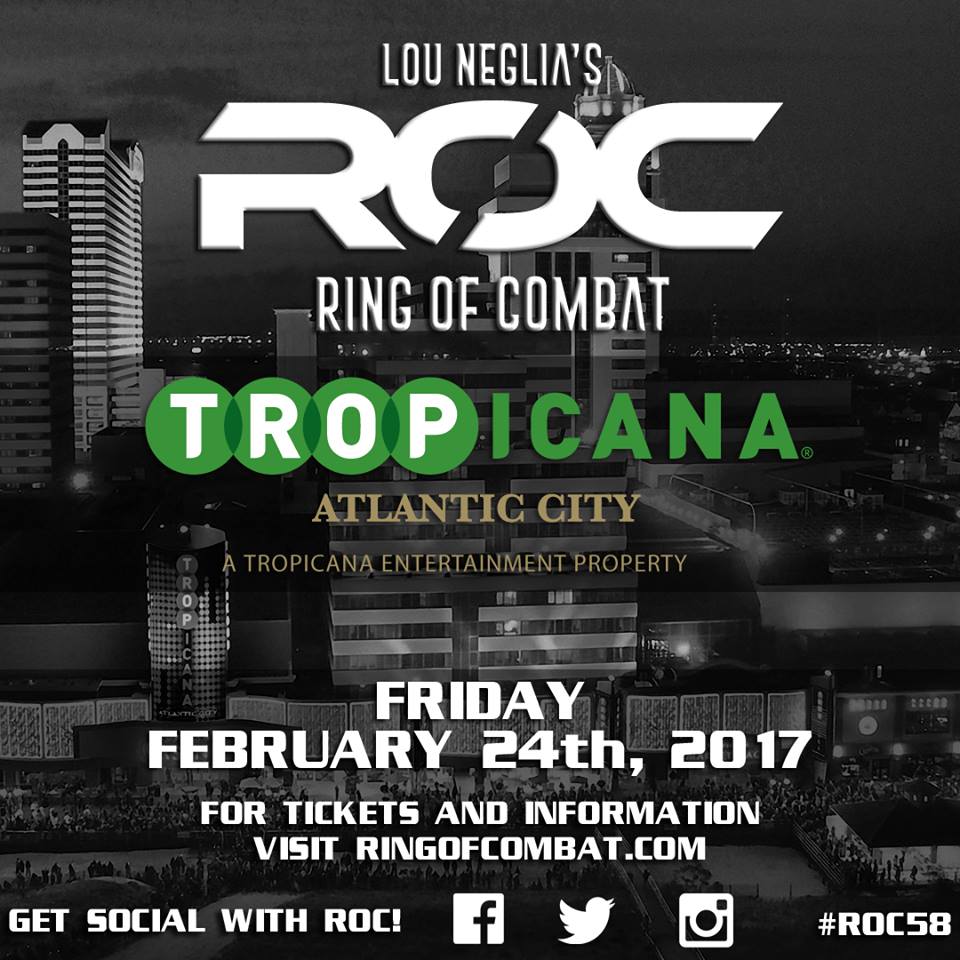