In an MMA match, every small detail can make a huge difference. However, are there any ways to compensate for any disadvantage caused by weight, height or any other physical attribute?

If you’re curious about what really makes an MMA fighter, keep on reading and you will find your answers right here. And who else to analyze here other than the notorious Conor McGregor? 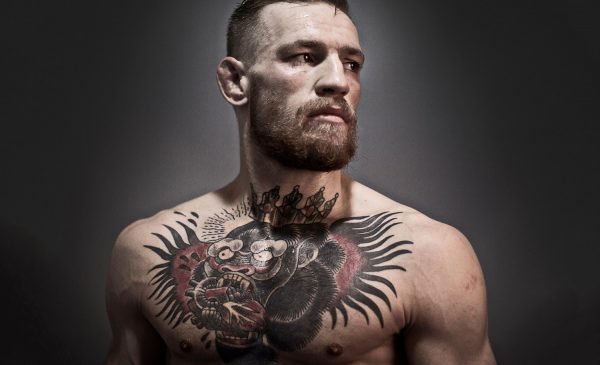 McGregor has entered fights across various weight categories in his MMA and UFC career, somehow managing to stay on top even though he wasn’t given the first chance. But how does he do it? Well, apart from his crazy motivation of becoming the best in the world in every category, he really showed that he knows how to use his height, power, and speed so that it compensates for any other disadvantages.

It’s always a tricky ratio between height and weight in the context of an MMA fight. If the fighter is too tall, he will have a high weight center and this makes him really vulnerable in on-floor wrestling. On the other hand, if he’s too short and light, this makes him vulnerable to kicks from a safe distance. Looking at his stats from his last official fight against Floyd Mayweather, we learn that McGregor weighed 69.39 kilograms at a height of 175 centimeters. This made him 1.3 kilograms heavier and 2.5 centimeters taller than Mayweather. Of course, since their fight took place under the rules of boxing, this weight and height advantage did not really matter since Floyd knew how to compensate for that by having a far better boxing technique.

Alright, perhaps he didn’t stand a real chance in a boxing match against Floyd, however, things are very different in the octagon. The proof of McGregor’s efficiency and proper use of height and weight are the titles he won in different weight categories. And, yet again an example of how important it is to know how to use your height to your advantage, the two completely different fights against Nate Diaz are speaking for themselves.

With an arm-span of 188 centimeters, Conor has the perfect chance to apply his ‘hand dance’ from a safe distance while patiently waiting for his opponent to open up to land one of his devastating left-hand punches. Returning to his weight, even though he switched categories a couple of times, the best category for him seems to be the 65 kilograms where he only lost once in his entire pro career.

What about other MMA fighters?

There’s no question that today’s MMA fighters are quite close when it comes to skills and physical attributes. This means that in order to be successful, the fighters need to find ways to gain an edge. On most occasions, that edge is found in cutting weight. Take Anderson Silva, for example, he is known to weigh as much as 100 kilograms on a match day, compared to the 83 kilos he is usually competing at. It’s not 100% clear whether the massive weight difference helps him win, however, the 15 matches with 0 losses kind of speak for themselves.

Can You Consume CBD Oil For Relief From Carpal Tunnel Syndrome?

How Is Maeng Da Kratom Sourced?