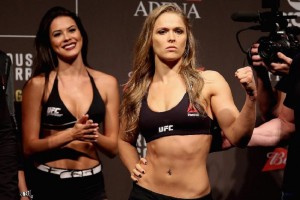 The mixed martial arts champion is the breakout star of the UFC with roles in three big budget movies over the past 12 months, a best-selling book and an appearance on the cover of Sports Illustrated. Her endorsement portfolio includes Reebok, Metro PCS, Monster headphones, Buffalo David Bitton and Carl’s Jr.