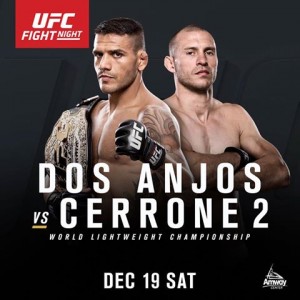 Since that fight, Cowboy has rattled off eight-consecutive win over notables such as Edson Barboza, Jim Miller, Benson Henderson, Eddie Alvarez and Myles Jury.

No other bouts have been announced for the UFC on FOX 17 event.

By Michael Henken 6 hours ago