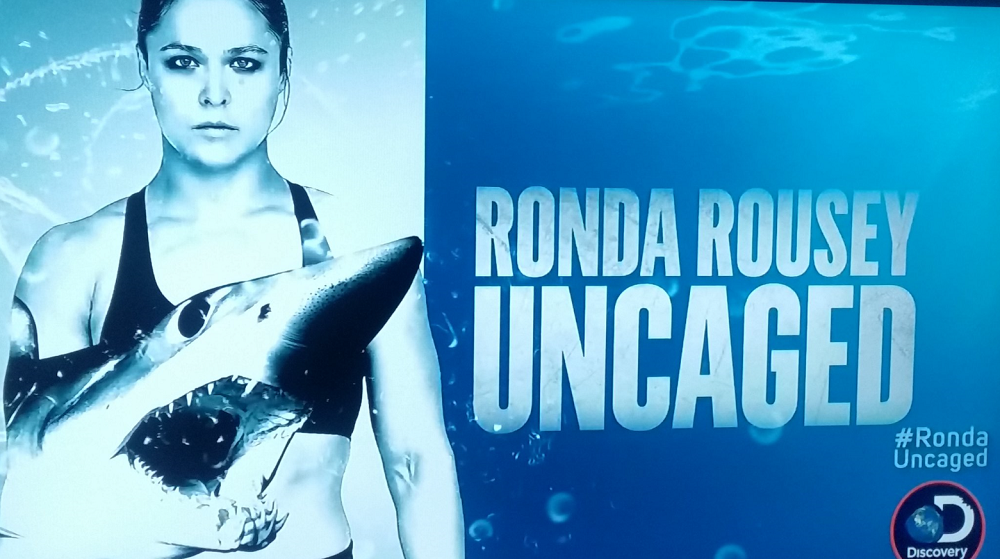 Former UFC women’s bantamweight champion turned WWE star Ronda Rousey came face to face with some of the most dangerous animals on the planet during a special one-hour episode to kick off Shark Week on Discovery Channel Sunday night.

The first woman to be inducted into the UFC Hall of Fame went head on with Bull and Maco Sharks on “Ronda Rousey Uncaged”. The show aired July 23 at 10 p.m. EST.

Rousey and husband Travis Browne participated in a two-week training course where they learned how to properly dive and interact with the predators of the ocean. The dives took place off the Fiji Islands where she was guided by former Navy diver Paul de Gelder.  The pro diver himself lost both an arm and leg in an attack off the coast of Australia several years ago.

I’m getting out of the cage and into the water for #SharkWeek! Watch me take on the baddest beast in the ocean during #RondaRouseyUncaged, TONIGHT July 22 at 10p on @DiscoveryChannel and the #DiscoveryGO app.

49.7k Likes, 343 Comments – @rondarousey on Instagram: “I’m getting out of the cage and into the water for #SharkWeek! Watch me take on the baddest beast…”

The “Ronda Rousey Uncaged” episode was part of the 30th anniversary of Discovery Channel’s “Shark Week” which is one of the network’s most watched programs annually.