Tarps Off Sports have announced the name, date, and location of their first live mixed martial arts event. The ‘Brawl by the Falls’ will take place at the Scotiabank Convention Centre in Niagara Falls, Ontario, Canada, on Saturday, December 18th at 7 pm.

The ‘Brawl by the Falls’ show will feature top local and international fighters. The first matchup is for the first TOFC Featherweight Championship belt. It features a battle of two of the toughest men in Canadian MMA, Michael Imperato (9-4) vs. Eric Wilson (7-10) and will have a live audience of up to 1,3000 people – Covid limited. The event will be streamed on the Fite TV App, making TOFC 1 a global event.

Imperato will enter the contest on a two-fight win-streak and will look to capture his first win of 2021 at the year-end event.  Wilson look to get back to his winning ways after not having recorded a professional MMA win since 2017.

The show is presented by Tarps Off Fight Club (TOFC).

TOFC is the newest MMA promotion in Canada, part of Tarps Off Sports, an online media company launched by Niagara native Chris Mancuso in 2020.

Tickets are now available on www.fallsconventions.com. 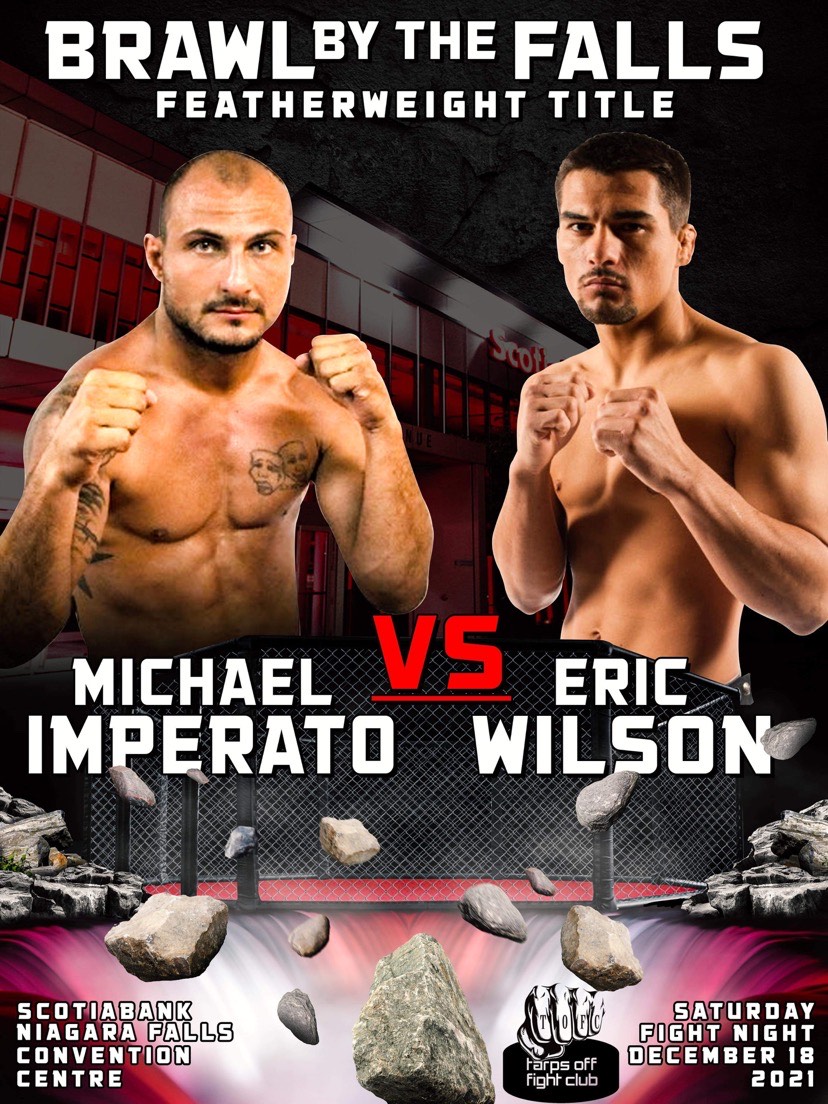