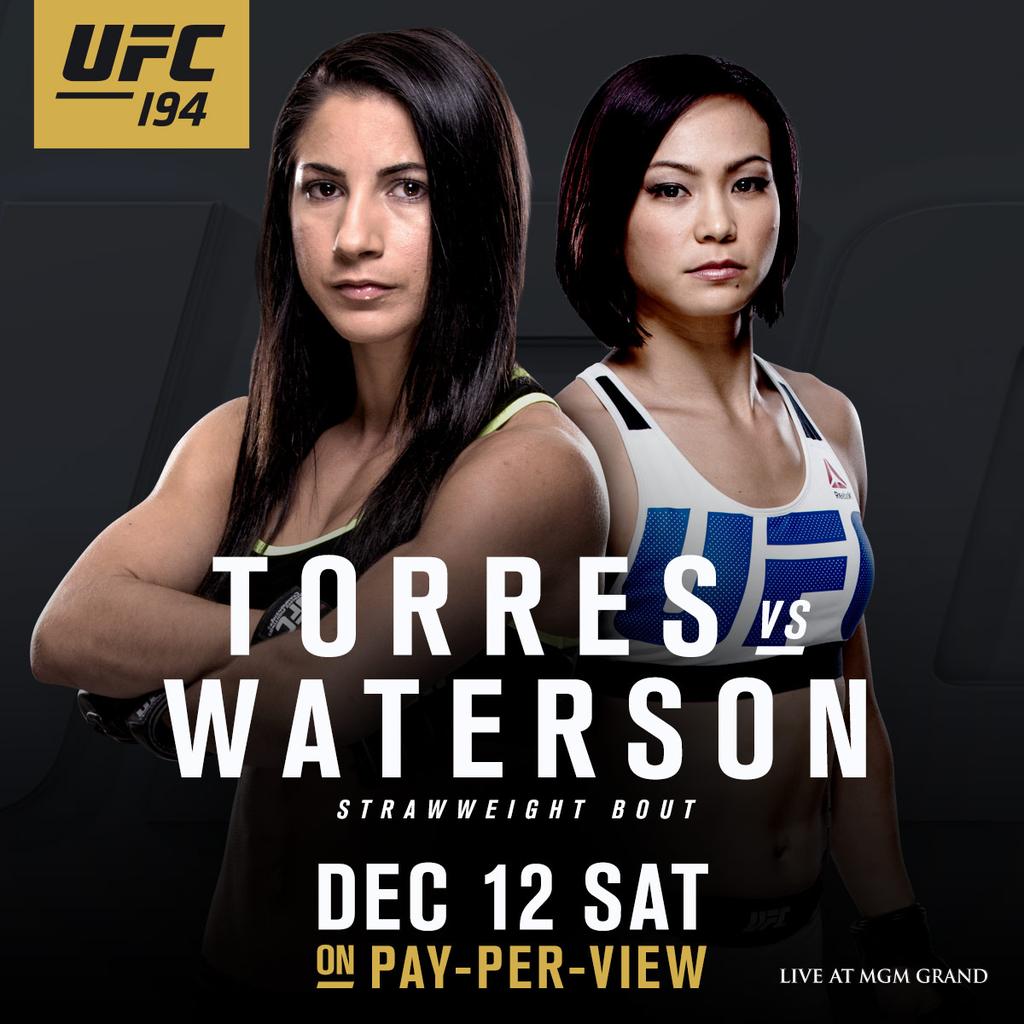 Former Invicta FC atomweight champion Michelle Waterson had a successful UFC debut after she moved up to strawweight and defeated Angela Magana in June.

Now, the ‘Karate Hottie’ will travel to Las Vegas as she takes on number five-ranked 115-pounder “The Tiny Tornado” Tecia Torres in UFC 194 action at the MGM Grand Garden Arena.

UFC 194 is headlined by the long-awaited featherweight title bout between Jose Aldo and Conor McGregor and the middleweight championship fight between Chris Weidman and Luke Rockhold.

Waterson is ranked 11th at 115 pounds and the winner of this bout could potentially see a title fight in the next one to two fights.

By Adam Martin 24 hours ago