Tim Means has found himself on the wrong side of consecutive split decision losses, but he has a plan to get back in the win column at the TUF 28 Finale.

It’s “The Dirty Bird” vs . “The Sniper” as Tim Means faces Ricky Rainey.  The Moriarty, NM, resident believes you can take the fight to Rainey.

“He doesn’t seem to like getting hit and that’s the game plan hit him and get out of the way of his punches. He’s strong in the clinch, good knees, someone we’re not wanting to be stuck on the fence with.

“Been working nonstop with JJ (Fit NHB wrestling coach Jon Judy) and the wrestling team about not being on the fence, not getting stuck on my back, hitting my own damn take downs, mixing this fight up.”

The Fit NHB (Fighters in Training, No Holds Bars) product talked about some keys to being successful on November 30.

“Being well rounded. I still come to the gym and learn something new every day, not only wanting to stand in front of him, throwing punches and kicks, making it an ugly wrestling fight with good ground and pound. I like Khabib’s style of ground and pound, trying to submit him on the ground, not just stalling. Being aggressive, calculating; get the finish.”

“What the series does is takes people into my life or whatever and check out what we do. Putting a couple of new clips out this week. It’s let people into the private side of my life, which I’m a little standoffish about, but I’ve met some cool people.”

“I think it just happened within these last nine months. I’ve been sitting and I just need people wanting to talk and see me fight. I need to start getting these other athletes to mention my name to want to fight. Right now it’s creating that buzz to get me fist fights and showing people it takes a lot, a lot  of time and motivation to keep training because you got people all the time that say you just get in fights. That you just have fun. A lot of time goes into this, to entertain.”

Means has not competed in the octagon since February.

“It’s been a long time, feeling a little aggravated on waiting. Talked to Sean Shelby (UFC match maker), talked to Tom (Vaughn – manager & head coach) wasn’t  on our ends or whatever. I’m ready to get in a fist fight.”

The TUF 28 Finale is November 30 at the Pearl at the Palms in Las Vegas, Nevada. 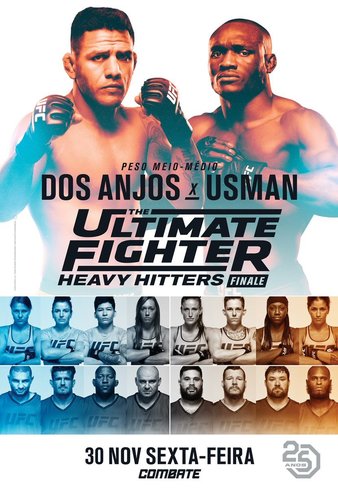